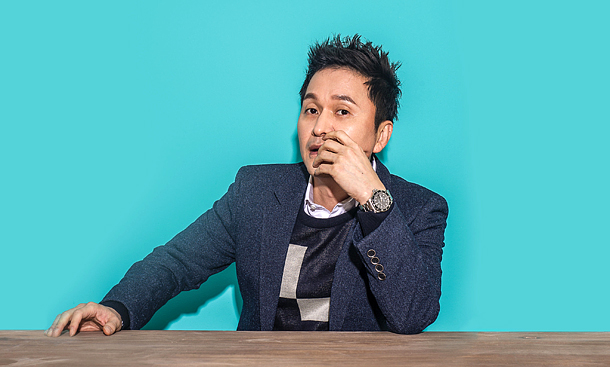 Actor Jang Hyun-sung reminisces about his days in theater as he plays a theater director in a new film “Curtain Call.” [STUDIO 706]

Actor Jang Hyun-sung is known for the various roles he has played in hit dramas, including an evil detector in tvN’s “Signal” and a working-class citizen in SBS drama “Heard It through the Grapevine.”

But his heart has always been in theater.

After all, he began his career on stage and he has openly said in several interviews that although his days in theater did not make him much money, they were the happiest times of his life.

Accordingly, his role in the film “Curtain Call” is a theater director named Min-ki. His drama company is on the verge of being disbanded, and he chooses Hamlet as the group’s final performance.

Jang, more than anybody else, knows the theater scene, and perhaps this explains the critical acclaim he’s getting for the role.

The JoongAng Ilbo met with the actor to hear more.

Q. I hear you took on the role on one condition. What was that?

A. I asked the director that we get a studio for practicing. Because it’s about what happens to a drama troupe, the actors had to know Hamlet very well. For a month, we spent time together just as members of a drama company would. Many had background in theater. It was so much fun.


The film revolves around how the original plan for a play gets changed numerous times that when performed, it turns out to be an entirely different play. Did you have a similar experience?

Yes. When I was performing “Subway Line No. 1,” I was a man reading the newspaper. But I ended up really reading the newspaper that when it was time that I get off the subway I didn’t. I improvised and managed to get off barely through the door that was already closing. But now that I think of it, such mistakes and improvisation mean that there’s that much freedom for actors. In that sense, dramas are the art of the writers and film is the art of directors. But theater is the art of actors.

I heard you made ends meet, during your days in theater, by selling all kinds of things, even scissors to cut nostril hair. How were those days?

I never thought I was “bearing” the times. I just had so much fun doing plays. I still think that it was the most fun time of my life. It was difficult economically, but there were older actors who bought us drinks (laughs). Looking back, I think I became who I am today because I never really deliberated on the future. I just pondered on “How can I portray this role with more dimensions?” I just lived day by day.

What was the turning point of your acting career?

I would say when I was shooting “A Wife’s Credentials” in 2012 with director An Pan-seok. Usually for TV dramas, you keep on shooting the same scene over and over for the best result. But An spent more time having discussions with actors than shooting the same scene repeatedly. Having discussions, rather than repetition, led to a good performance. It was such a meaningful period for me.

What would you say are the qualifications for an actor?

I agree with the saying that actors are people with vulnerable souls. But to [deal with] reality, they have to be callous. It can be their weapon. As we tell ourselves, “I’m not that hurt. I’m okay,” our armor gets thicker and tougher. But I do think that even when they age, actors should keep their sensitivity. Only when they do that, they would get [inspired by] a new piece or a new role and draw new emotions.