O’Neill’s newest is a celebration of British viola music

O’Neill’s newest is a celebration of British viola music 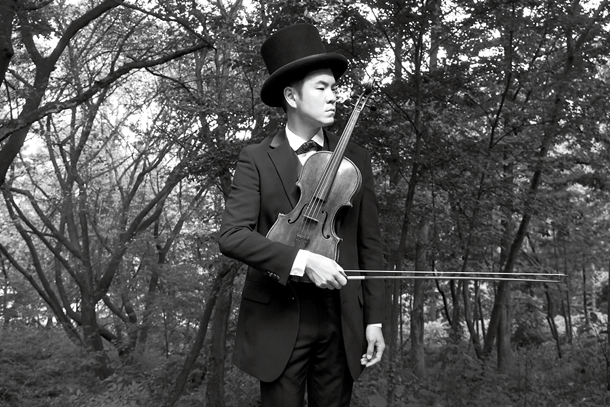 Violist Richard Yongjae O’Neill released his first new album in four years on Monday. His 8th release “British Viola” is comprised of music from British composers and for the first time, he included a viola concerto on the album.

This American artist born to a Korean mother is not a stranger to Korean classical music fans. He’s held frequent solo recitals in Korea as well as joint concerts as a member of the Ensemble DITTO.

“This album is more special to me because it includes the very first viola music that I listened to as a young boy,” said O’Neill during a press conference on Monday.

The viola concerto by British composer William Walton, was recorded live along with the BBC Symphony Orchestra under the baton of Sir Andrew David in 2013.

“I’ve been a big fan of Sir Andrew David since I was young,” he said. “It was an honor to perform with him and the BBC Symphony Orchestra.”

O’Neill also explained that this music is special for him as it was the piece that made him to delve deeper into playing viola as a young boy growing up in a small town in Washington.

“At first, I was a little resistant to the music because of the sounds of dissonance but the more I listened, I got to discover amazing charms behind it. It’s a music that I’ve been listening to for a long time and have special attachment to.”

For the album, O’Neill said he selected works for viola and piano from British composers such as Frank Bridge, York Bowen, and Benjamin Britten, adding that listeners will be immersed in the beauty of the depth of British viola.

“It’s an album that expresses my respect to the viola music of the 20th century,” said O’Neill.

To celebrate the release, the violist held a concert Monday evening, not at a classical concert hall but in club Octagon in Cheongdam, southern Seoul.