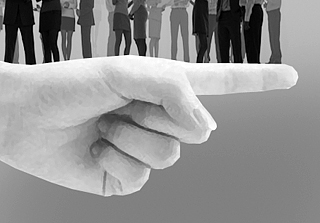 Israel is small but strong, which stems from its argumentative culture. The Jewish are famous for their heated and fiery debates. Men in Jewish communities argued about everything with everyone — including, in the old days, God. The arguments often involve yelling and violent rants.

Cabinet ministers engage in head-on contentious debates. Cacophonous scenes are common in parliament. Despite the confrontational mood, everyone concedes upon reaching an agreement. No one raises a question, and the agreement is immediately acted out. It is a kind of Jewish survival technique in a land with limited resources and ceaseless challenges.

A complete concession despite differences in ideas and values suggests how heated the arguments can get. Because everyone went into the argument as equals, the decision reached at the end of the day becomes mine and ours not his or theirs. Jewish people let it all out and are able to move on because they left nothing behind.

Some senior bureaucrats in the Park Geun-hye administration would not have agreed with every one of the government’s foreign policies.

Some would have particularly disagreed on policies on North Korea and Japan. Despite all the tough possible sanctions Seoul has devised against Pyongyang with other countries, North Korea’s nuclear and missile capabilities have only advanced. The hurried agreement on compensation for Korean comfort women that Seoul struck with Tokyo remains controversial to this day. Not everyone would have agreed with the contentious issues, but we never heard of senior officials questioning the government’s foreign policy.

Some would think publicly challenging a government policy may go against the code of conduct by civil servants. To argue that a policy reached through a debate should not be followed despite differences in opinions discredits the art of argument and is an insult to the spirit of discussion.

Everyone knows that the sanctions-oriented North Korean policy was not born of arguments. The fact that no one challenged the flawed policy suggests that few bureaucrats perceived of the policy as their own. It was entirely the policy of the boss, which relieved them of any responsibility for its failure. Otherwise, the strange silence from South Korean diplomats over the deteriorating inter-Korean relationship and North Korean nuclear problem cannot be explained.

There are many able and bright people among senior foreign ministry officials. They have worked their way up on their capabilities, not through their allegiance to a specific administration. They serve the country and people, not a government whose life is restricted to five years. To blindly follow orders from above and keep silence in the face of problems is a stain on their career reputation and a wound to their pride.

A forced conformity can easily break down from outside force. Elite bureaucrats could be devoted to a policy when they consider it their own. But they would not have any attachment to a policy that they had not argued over or fought for. Sincere commitment from bureaucrats is not possible under the current top-down, order-giving culture.

The president can be blamed for the weakening of Korea’s diplomatic capabilities through her one-sided policy-making style. Under her, there would not have been heated debates in the cabinet, the presidential secretariat, or in National Security Council meetings. The boss made her orders and others jotted down the list of her demands. Elite bureaucrats should have pitched their ideas with confidence and guts to make the policies theirs and pursued them for the public good. Such decision-making procedures for foreign policies would have affected other decisions in the administration.

The inauguration of the 45th U.S. President Donald J. Trump next month is expected to bring about sweeping changes in the diplomatic world. Seoul will be under further pressure, increasingly caught between Washington and Beijing, whose own relationship could easily deteriorate. Trump’s policy on North Korea’s nuclear program remains unfathomable. A leader who has warmed up to Taiwan to use the One-China policy as a bargaining chip against Beijing could easily leverage U.S military presence in South Korea for gains from Seoul. A tighter relationship between the U.S. and Russia is another unpredictable possibility. The entire geopolitical and economic order could become muddled. Korean diplomats will face a conundrum.

They should be relieved that President Park no longer has a say in statesmanship. Since they no longer have to busy themselves arranging presidential trips, they could use their time and the transitional period to concoct a new direction for Korean diplomacy. They should learn from Israel to debate fearlessly and muster wisdom from the top brains on foreign affairs.