Kim Sung-eun to have second child

Kim Sung-eun to have second child 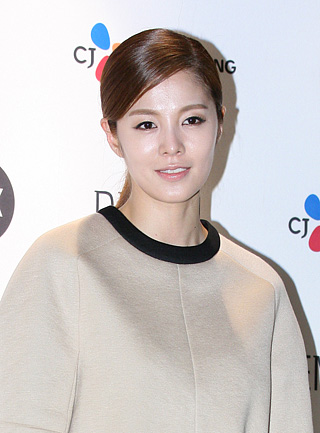 33-year-old actress Kim Sung-eun is pregnant with her second baby.

According to an announcement by her agency Mystic Entertainment on Tuesday, while the actress is expecting her second child, she will continue to appear on television until her due date.

Kim debuted as a model in 1998, and later achieved recognition as an actress and television personality, having hosted the KBS music show “Music Bank” in 2008. She married the Gwangju FC soccer player Jung Jo-gook the following year, and they had their first child in 2010.

The actress has since returned to television and film, appearing in a number of variety shows including a previous season of O’live TV’s “Tasty Road” and the fourth female soldier special of the MBC reality show “Real Men.” She previously starred in the 2013 comedy film “Queen of the Night,” and currently appears on MBC’s health and lifestyle show “Dr. GO.”