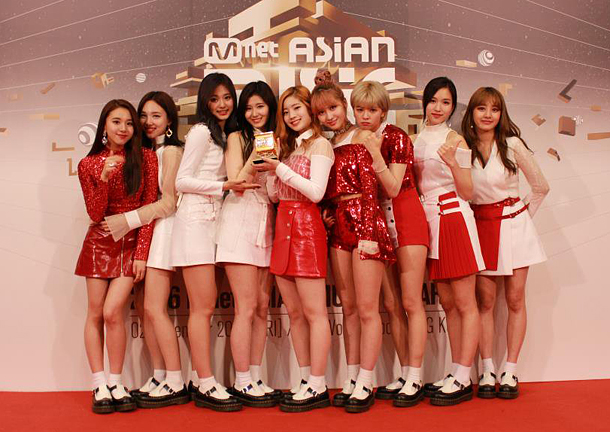 Fans of the record-breaking girl group placed over 115,000 pre-orders on the Christmas re-release of the group’s mini-album “TWICEcoaster:Lane1.” The special edition EP, which went on sale on Monday, contains unique photos featuring the band members in Christmas costumes for fans to enjoy.

The original record currently sits as the best-selling release by a girl group this year, having sold over 225,000 copies according to Gaon. Their previous single, “Cheer Up,” released in April, was also selected by Bugs as the number one single of 2016 according to their yearly top 100 list. The combined views of their music videos uploaded this year also reached nearly 200 million views on YouTube.

The girl group is the latest in a number of holiday albums released by K-pop idol groups this month. Boy band Exo recently unveiled their fourth annual holiday record “For Life” on the same day, while girl group Apink dropped their seasonal album “Dear” on Dec. 15.