Between hope and despair

Between hope and despair 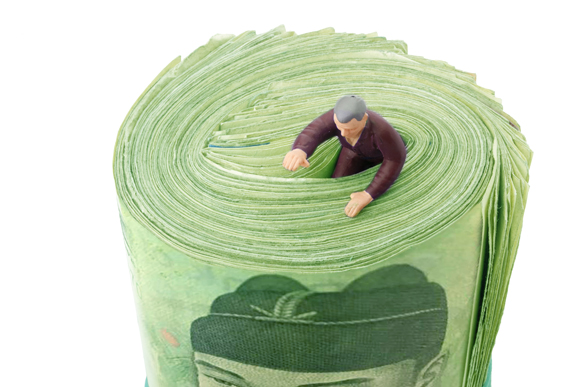 Dark clouds loom over the Korean economy’s path for the next year. Forecasts of the gross domestic product gross rate presented by research institutes at home and abroad were reduced to 2.1 to 2.5 percent. It means that a more difficult hardship than this year is ahead of us. In fact, the actual growth rates were lower than the forecasts over the past year, and the next year’s growth may fall to the 1-percent level.

When the economy faces hardships, the working class are the first to suffer. This is why the government and the ruling and opposition parties must treat the economy as the top priority amid the ongoing political chaos.

It is extremely unfortunate for our economy that the Park Geun-hye administration wasted the golden time during the last four years. The administration’s plan for four major restructurings and its “Creative Economy” initiative to create an ecosystem for venture capital and entrepreneurship were flawless. But as we can see from Choi Soon-sil’s abuse of power and the influence-peddling scandal, the Park administration had no ability or will to carry out the plans.
And the consequence of wasting precious time will be brutal. The Korean economy, despite its perennial weakness, will face a cold winter without proper protection.

Consumption in the private sector will particularly shrink next year to freeze the economy. The housing market, which has sustained domestic consumption, will largely shrink, and this will be the main factor. Jobs at construction sites will disappear and real-estate brokerage, moving and home-repair industries will fall as property transactions drop. The new anticorruption law, known as the Kim Young-ran Act, will affect domestic consumption negatively, making the lives of small-business operators such as restaurants and retail shops more difficult.

Another important point to keep in mind is that the aging working population, between 15 to 64 years old, will shrink next year. As we confirmed by the precedence of Japan, older high-income earners will retire and reduce their consumption. This is the so-called consumption cliff. They will reduce their spending, even if they have large savings, because they are worried about their post-retirement lives. The vacancies should be filled by youngsters, but the reality is different. More companies actually prefer the natural reduction of the workforce, rather than hiring new employees.

We need a drastic measure to save our economy’s livelihood. The government must spend its budget to secure the social safety network. The low-income class, who will suddenly lose jobs or businesses, must be supported directly by the government. The people who have no way to repay their debts should be given extensions on their loans and offered job training to find new employment.

The Bank of Korea must delay the rate increase in order to prevent the household debt bomb, worth more than 1,300 trillion won ($1.08 trillion), from exploding. The government must flexibly implement the anticorruption law to heighten the ceiling limits of the entertainment treatments and gifts. The business and labor communities must work together. The companies must refrain from reducing the workforce, while laborers must support job-sharing programs by making some concessions on wage hikes.

After we struggle through the first half of the next year, a new administration will launch around the summer. The new administration must fundamentally overhaul the national system and accomplish a grand compromise among the labor, business and government through the people’s energy shown at the street demonstrations over the past months. If those missions succeed, the Korean government will take a leap, using the Park administration’s catastrophe as an opportunity.

We witnessed hope for our country at the street demonstrations this year. We witnessed the earnest desire to end the vicious cycle of corruption and cheating and to build a new fair and transparent society. We also regained our confidence that when we are united, we can bring about a change. We confirmed that the social capital of mutual trust and cooperation is far larger than our expectations. If politicians turned away from this national energy, they will face a strong repercussion. And the conglomerates and established labor unions will also face severe consequences if they fail to recognize the people’s desires.

When an economic system of tolerance, where growth and welfare are harmonized and opportunities are offered fairly, the economy will grow again and more jobs will be created. The strong passion of the democratization in 1987 led to a great leap forward for our economy. Students who participated in street demonstrations have worked hard to enter the global market. But the obsolete politics and worsened wealth gap exposed the limits of the 1987 system. The Korean people, particularly the youngsters, now strongly desire a new system to overcome it.


*The author is the manager of newspaper production and the Economic Research Institute of the JoongAng Ilbo.