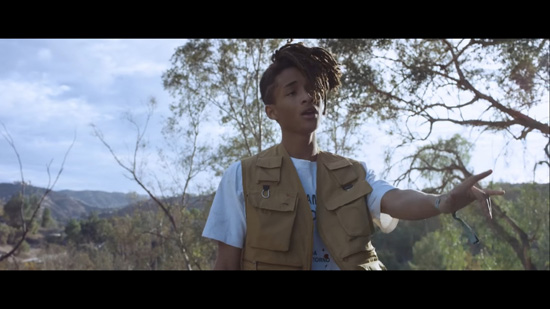 Hollywood actor/rapper Jaden Smith, son of Will Smith, has been turning heads on Twitter by declaring his wish to be a K-pop star.

In a round of tweets posted on Wednesday and Thursday, the actor has been flooded with likes and retweets on his messages for announcing his love of the genre.

The Hollywood star previously tweeted that “G Dragon Is [His] Inspiration” on Dec. 6, receiving a reply from G-Dragon who said “Good seeing you! Always pleasure. Let’s do something,” sparking an online rumor about a collaboration between the two.

Jaden and Will Smith both previously met with G-Dragon and the entirety of YG Entertainment in 2013 when the two made an unofficial visit to the YG headquarters during the promotions for their film “After Earth” in Seoul.