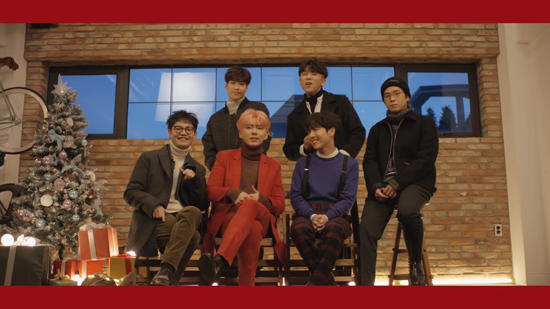 The annual round of seasonal songs have arrived fresh from artists, and many record labels have delivered musical treats. These holiday-themed tunes also provide opportunities for solo artists to sing carols, demonstrating their vocal finesse, while others use this chance to deliver a thank-you message to fans.

Topping off the list of holiday releases made so far are K-pop it-boys Exo. This SM Entertainment boy band has released a holiday record every year since 2013, and their latest album, “For Life,” has been one of the most successful releases this season. With the lead single, the boy band has hit the top of the charts.

Additionally, labelmates Luna from girl group f(x) and Wendy from Red Velvet have also released Christmas tunes through the label’s music introduction channel called Station. Luna teamed up with vocalist Shin Yong-jae from the group 4Men to release collaborative ballad “It’s You,” while Wendy followed a more unconventional route by working with classical musicians Nile Lee and Jung Jae Moon for a remake of the classic “Have Yourself a Merry Little Christmas.”