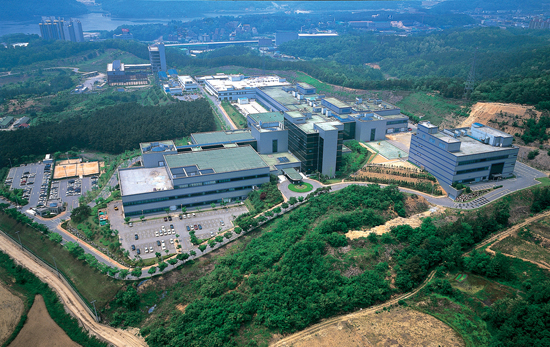 The full delegation of the job to the Korean affiliate is expected to boost its status in the entire Renault-Nissan Alliance as well as its competitiveness in the Korean auto market.

The Korean unit has been doing research and development for the French carmaker since the QM5 launched in 2008. Most of the development took place at its technical center in Yongin, Gyeonggi. Aside from Renault’s lab at its headquarters in France, the company says the Yongin lab is the auto group’s only one capable of handling almost every step in car development for a diverse range of vehicles.

Manufacturing of the QM5 took place at Renault Samsung’s Busan plant. The QM5 was the first Renault car to be produced in Korea. There have been 390,000 cars produced so far, 330,000 of which were exported overseas, including to China.

The satisfactory management of QM5 manufacturing in Korea led Renault’s strategic partner Nissan to delegate production of its Rogue SUV bound for North America to Renault Samsung’s Busan plant in 2014.

At the time, Renault Samsung CEO Francois Provost said the move demonstrated the Busan plant’s competitiveness and capability to global carmakers. It has manufactured an average of 110,000 Rogue SUVs every year, far exceeding the initial objective of 80,000.

Renault Samsung’s Yongin center and Busan plant especially took off with the immense success of its latest premium midsize SUV, the QM6. Except for those sold in China, Korea took charge of all development and manufacturing of the midsize sedan. It exported 2,970 cars to about 80 countries. In overseas markets, the vehicle was sold under the name Koleos.

“Korea is an important test bed in the global car market in terms of SUV models,” said Kwon Sang-soon, chief of research and development at Renault Samsung. “The technical center will strive continuously to mix domestic technology with those from the Renault-Nissan Alliance to make SUVs that can satisfy both the Korean and global market.”

Renault Samsung’s latest role in SUV development is poised to boost its standing in the domestic car market as well. The Korean automaker said premium SUV technology developed in Yongin for cars originally meant for overseas markets might be manufactured in Busan to enhance efficiency, which means they could also be added to the domestic lineup.

With Renault Group considering China as an important market in the future, the company expects Korea to be a key bridgehead toward the world’s biggest auto industry in the future.

History offers a good example. GM Korea made a similar step back in 2007 when its predecessor GM Daewoo took on a major role in developing and manufacturing mini and compact vehicles for the American carmaker.

According to a GM Korea spokeswoman, the given duties at the time acted as a key stepping stone for GM Korea to become a key subsidiary of the automaker and led the company to a heyday in the Korean market.