‘Because I Love You’ highlights stages of love

‘Because I Love You’ highlights stages of love 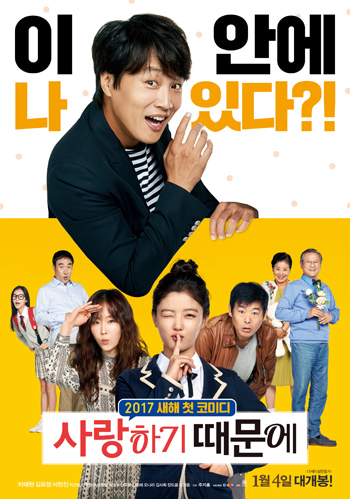 “Because I Love You” is a comedy starring Cha Tae-hyun playing a comical yet warm-hearted character. [NEW]

Throughout his career, actor Cha Tae-hyun has grown to become an iconic figure in Korean comedy. The 40-year-old’s hilarious yet warm-hearted characters in his previous hits such as “Hello Ghost” (2010), “Speed Scandal” (2008) and “My Sassy Girl” (2001) have captured the hearts of millions of moviegoers, leading to his fame. Yet again, Cha is set to appear on the silver screen to play another such character in director Ju Ji-hong’s upcoming comedy “Because I Love You,” which will drop early next month.

“I believe I’m best at providing people with laughter and touching their hearts through heart-warming movies,” said Cha through a press release. “I found the script very interesting, and thought that the characters from the movie would be able to give laughter and move a wide range of moviegoers regardless of their age.” 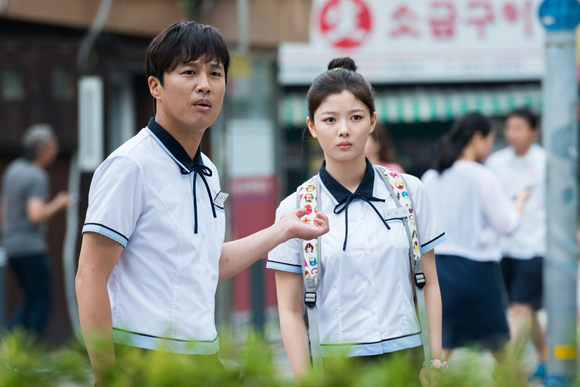 Starring Cha and actress Kim You-jung as the main protagonists and featuring a number of different sidekicks, including actress Seo Hyun-jin and veteran actors Park Geun-hyung and Sung Dong-il, it is a bright and heart-warming movie that depicts the kinds of love that a person would experience at different ages.

The film unfolds as a prominent songwriter I-hyeong (Cha), who was on his way to meet his singer girlfriend (Seo) to propose, gets into a car accident. Although the songwriter physically falls into a coma, his soul jumps into other people’s bodies, and helps them connect with their struggling loves. In the process, a high school girl that calls herself Skully (Kim) befriends I-hyeong’s soul (who cannot remember his true identity after changing bodies) and eventually plays a crucial role in helping him find who he actually is.

The main theme of this movie is love, according to the filmmaker. “I wished to show the love that a person might experience at each age group through the bodies that I-hyeong’s soul jumps into.”

The bodies the songwriter jumps into include a smart and pregnant teenager and a 70-something grandma suffering from dementia. In one case, the protagonist jumps into the body of a policeman who is about to divorce his wife who he rarely sees because of his busy work schedule. Yet, I-hyeong’s soul does what the man couldn’t do to recover the couple’s relationship: sincerely apologize to his wife for being overly preoccupied with his work.

One of the most notable aspects of the film is that it has been greatly influenced by the late musician Yoo Jae-ha’s music. His work plays a significant role in the general tone and mood of the film. In fact, the film’s title got its name from Yoo’s iconic album “Because I Love You,” which is the one-and-only album made by the musician before his death in a car accident in 1987.

It remains to be seen whether this NEW-distributed movie would function as a satisfying New Year’s treat for moviegoers, when it finally hits local theaters after months of delay. Originally scheduled to drop in November, its release date was moved, possibly due to the unusually heated competition over the past few months.