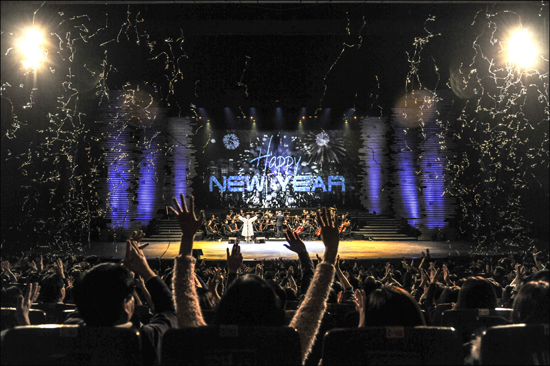 Performance spaces across Seoul such as the Sejong Center for the Performing Arts are holding countdown celebrations for the New Year.[SEJONG CENTER FOR THE PERFORMING ARTS]

Holiday time is right around the corner, which means today marks the last opportunity for people in a rush to finalize tickets for holiday events. Luckily, a host of performances are still up for offer in a wide range of genres. From classical shows to pop concerts, families and couples need not fret as there are still plenty of opportunities left to enjoy the break with holiday cheer. 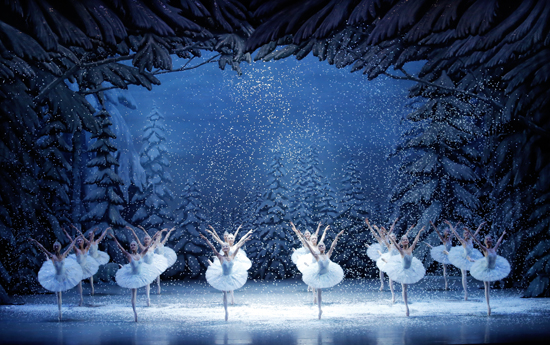 The Korea National Ballet is performing an adaptation of the Russian classic “The Nutcracker” at the Seoul Arts Center.[SEOUL ARTS CENTER]

Fans of classical ballet are in for a treat this Christmas as “The Nutcracker” returns in not just one, but two versions being offered at different theaters. The first interpretation of the Russian classic will be presented by the Korea National Ballet at the Seoul Arts Center on Christmas Day. This particular adaptation of the performance, choreographed by the legendary Russian art director Yuri Grigorovich, is playing at the Opera Theater located in Seoul Arts Center until Sunday. Unique to this adaptation is the casting of a child performer in the role of the titular character, as was envisioned in Grigorovich’s original. Additionally, as opposed to other adaptations of the same ballet, this version will offer a full orchestra conducted by Kim Jong-uck. Tickets range from 5,000 won ($4.16) to 90,000 won and are available at www.sacticket.co.kr.

Those that miss that performance will have another opportunity with the Universal Ballet’s adaptation. This popular ballet is now celebrating its 30th year since its premiere in 1986 in Korea, having played over 760 shows and becoming the first Korean ballet team to perform in the United States. This Christmas spectacle will be performed until Dec. 31, with tickets ranging from 10,000 to 100,000 won. Visit www.universalballet.co.kr for more information.

On the more traditional end of the spectrum, lovers of the old Korean sound can see a truly memorable performance given by the “living treasure” Ahn Sook-sun on stage. On New Year’s Eve, Ahn, the pansori master, will stand at the National Theater of Korea to deliver a passionate performance appreciated by audiences worldwide. Having delivered her signature pansori style utilizing humor and excitement in places such as London and Los Angeles, she will spend the last day of 2016 with fans and newcomers alike. Tickets cost 30,000 won. For more information, visit www.ntok.go.kr.

The holiday season also marks a ripe opportunity for some of Korea’s best-known singers to hold year-end concerts. Unfortunately, many of the more popular shows have already sold out, but there are other opportunities for concert-goers at unconventional places.

For example, legendary rock band Boohwal is celebrating their 30th anniversary with a show at the Grand Hilton Seoul Convention Center on New Year’s Eve. Some of the most well-known Korean pop songs were spawned from the creative minds of the band, such as “Never Ending Story,” “Heeya,” and “The More I Love,” which has also been performed by many legendary singers, the most notable being Lee Seung-chul. Additionally, the band is performing a never-before-heard song during the concert. Tickets range from 77,000 won to 99,000 won. For more information, visit www.interpark.com.