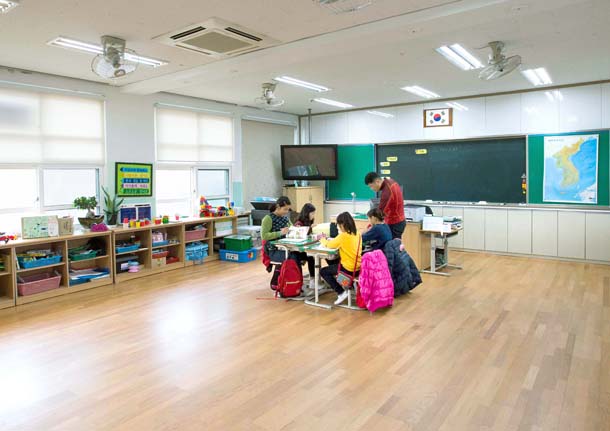 On Dec. 7, the office announced a new Future Population Estimation report for 2015-2065. The working age population will peak in 2016 at 37.63 million, 73.4 percent, before declining. While the population is different, the peak timing and percentage remained the same.

The year 2017 will be important in demographic statistics. The working population that supports young children and the elderly will begin to decrease. The decline of this group will negatively affect production and spending. The rapid decrease of the group, or the retirement of baby boomers, has led to a demographic cliff.

For the first time in Korean history, the elderly population is expected to outnumber youth in 2017. According to the National Statistical Office, people older than 65 will be 7.07 percent of the population next year while those under 14 will be 6.75 percent. In 2002, the number of babies born fell to 400,000 level for the first time. It is serious that we hear fewer and fewer infants crying. This year’s statistics between January and October show that the number of babies will be a record low, less than 2005’s 435,000. There are concerns that fewer than 400,000 babies will be born a few years from now.

It is not just the number that is in decline. This month, the Programme for International Student Assessment’s 2015 result shows that 15-year-old Korean students’ scores in reading, math, science fell compared to 2012. Of course, the assessment does not precisely reflect the reality, but we should not take it lightly.

A friend who is a semiconductor researcher said, “Japanese engineers I meet in international conferences are in their 60s, and Chinese engineers are young, in their 20s and 30s. Koreans are somewhere in between. China’s rise is overwhelming. While Korea can keep the lead for a while, it won’t be easy to try new things.” The number of young people who can do research is decreasing, and their competitiveness is also falling behind. We can’t say the future of Korea is bright.

The government has established the basic plan for low birth and the aging population in 2006 and has spent considerable money on the issue. But it hasn’t been effective in boosting the birth rate. We already know that people get married late, are reluctant to have more than one child, and have a hard time resolving housing and child-care issues. The birth rate cannot be raised with expedient measures. Population policy can work only when integrated with child care, housing, education and employment policies. In the first year of the decline of the working-age population, a new administration will be established. We hope for more effective and sincere plans to tackle the birth and population issues.


*The author is the deputy business news editor of the JoongAng Ilbo.