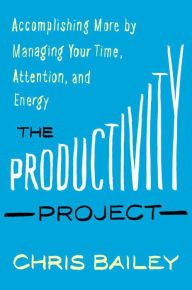 Nearly all of us want to be more productive, but finding the method that works for you among the hundreds and hundreds of different tips, tricks and hacks can be daunting.

After graduating college, Chris Bailey decided to dedicate a year to doing just that - experimenting with as many of the techniques as he could, and finding the things that work. Among the experiments that he undertook are: going several weeks on little to no sleep; cutting out caffeine and sugar; and taking a daily siesta, while monitoring the impact of his experiments on the quality and quantity of his work.

This book is the result of Chris’s year-long journey, distilling the lessons he learned into a few core truths about how we get things done (or, indeed, don’t).

Among the many counterintuitive insights Chris discovered that had the biggest impact on his productivity were striving for imperfection; and the concept of productive procrastination.

In this accessible and fun guide, Chris Bailey offers over 30 tried-and-tested practices to help everyone to accomplish more - and become more awesome. 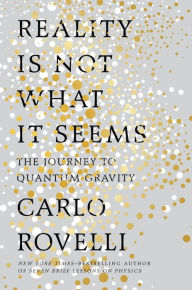 Reality Is Not What It Seems: The Journey to Quantum Gravity

“A global superstar... Professor Rovelli is making the grammar of the universe accessible to a new generation” said Channel 4 News.

From the bestselling author of “Seven Brief Lessons on Physics” comes a new book about the mind-bending nature of the universe.

Do space and time truly exist? What is reality made of? Can we understand its deep texture?

Scientist Carlo Rovelli has spent his whole life exploring these questions and pushing the boundaries of what we know. In this mind-expanding book, he shows how our understanding of reality has changed throughout centuries, from Democritus to loop quantum gravity.

Taking us on a wondrous journey, he invites us to imagine a whole new world where black holes are waiting to explode, spacetime is made up of grains, and infinity does not exist - a vast universe still largely undiscovered. 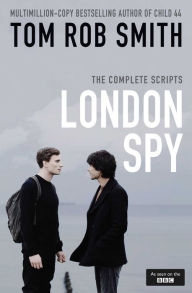 Starring Ben Whishaw, Charlotte Rampling and Jim Broadbent, this gripping, contemporary, emotional thriller from Tom Rob Smith, bestselling author of “Child 44” and “The Farm”, tells the story of a chance romance between two people from very different worlds. Danny - gregarious, hedonistic and romantic - falls in love with the enigmatic and brilliant Alex. Then Alex disappears. When Danny finds Alex’s body, he is forced to pursue the truth behind his death. This volume of complete scripts is a brilliant companion to the ratings-winning BBC1 series first shown in November 2015 and set for DVD release in May 2016. 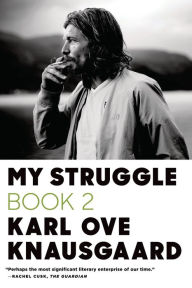 My Struggle: Book 2: A Man in Love

In the second installment of Karl Ove Knausgard’s monumental six-volume masterpiece, the character Karl Ove Knausgard moves to Stockholm, where, having left his wife, he leads a solitary existence. He strikes up a deep friendship with another exiled Norwegian, a Nietzschean intellectual and boxing fanatic named Geir. He also tracks down Linda, whom he met at a writers’ workshop a few years earlier.

“My Struggle: Book 2” is at heart a love story: the story of Karl Ove falling in love with his second wife. But the novel also tells other stories: of becoming a father, of the turbulence of family life, of outrageously unsuccessful attempts at a family vacation, of the emotional strain of birthday parties for children, and of the daily frustrations, rhythms, and distractions of city life keeping him from (and filling) his novel.

It is a brilliant work that emphatically delivers on the unlikely promise that many hundreds of pages later readers will be left demanding more.