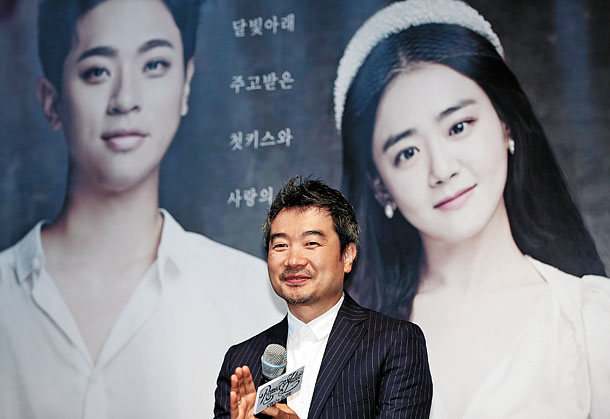 In this file photo taken on Nov. 14, 2016, South Korean director Yang Jung-ung speaks at a press conference for the play “Romeo and Juliet” at Blue Square in Seoul. [YONHAP]

“Yang and Koh have been nominated as executive producers,” an official from the Pocog said. “They will be officially appointed next month.”

The organizers had trouble finding a person who can direct the ceremonies for the PyeongChang Games that are scheduled from Feb. 9-25 in 2018. Musical director Kolleen Park and fashion designer Jung Ku-ho previously agreed to the job, but both resigned from the post. The Pocog said Song Seung-whan, executive creative director of the ceremonies, searched for candidates after Jung quit in August.

Yang, 48, has won various awards as theater director and writer. He is also the CEO of Yohangza Theatre Company that is known for its reinterpretation of William Shakespeare’s classic works like “A Midsummer Night’s Dream” and “Twelfth Night.” His production became the first South Korean company to perform at the Barbican in London in 2006.

Koh, 48, was recently named the artist of the year by the Korean Association of Art Critics. With his theater troupe “Mabangjin,” Koh gained fame with plays like “Azure Day” and the changgeuk (traditional Korean opera) “Madame Ong” that was even staged in France. He also rolled out a musical production called “Arirang.”