BTOB to start off new year with third concert

BTOB to start off new year with third concert 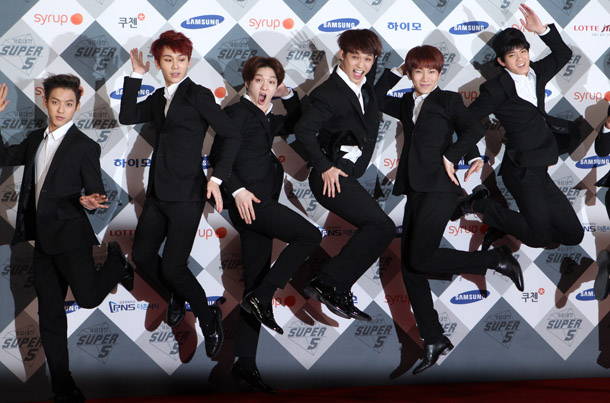 Boy band BTOB is ringing in the new year with their fans at their third concert series next month.

The group’s upcoming concert will be held at the SK Olympic Handball Gymnasium in Songpa District, southern Seoul on Jan. 21 and 22. Tickets for their upcoming event will be available for purchase for official fanclub members on Wednesday and for the general public on Friday.

Their record label Cube Entertainment said, “The members have personally been involved in organizing the concert while are simultaneously busy practicing for the performance.”

The boy band has been busy in recent months with a number of music promotions. They released their recent Korean record “New Men” on Nov. 7, and released their first full length Japanese album “24/7” one month later, debuting at number one on Oricon’s weekly album chart. According to Japanese record store Tower Records, they managed to chart at both first and second place on the company’s yearly K-pop chart with their singles “Dear Bride” and “L.U.V.”