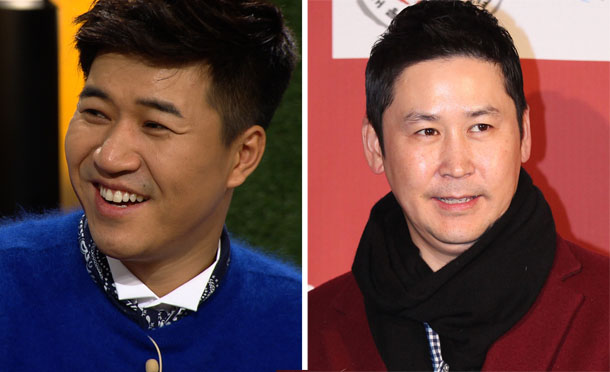 Kim made headlines earlier this month for being considered as a nominee for the grand prize by KBS. The singer originally debuted as a new member of the pop trio Koyote with their third album. He simultaneously became a popular TV personality thanks to his unique sense of humor in the early 2000s, and had been a member of the long-running KBS variety show for nine years.

Meanwhile, Shin, who originally debuted as a comedian under SBS in 1991, was awarded the Grand Prize after 26 years on the network. Though the long-time variety show “TV Animal Farm” host previously received the honor from KBS in 2012, he said “even though I am used to being a frequent host of these ceremonies, actually being on stage to receive this award feels like a completely different experience.”