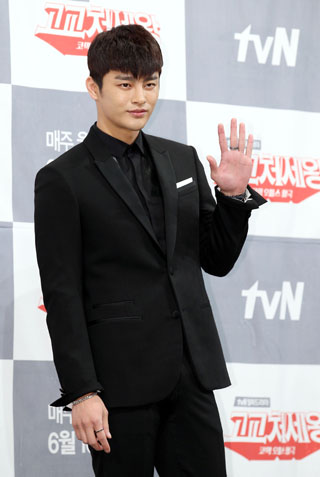 Actor and singer Seo In-guk is revving up for a comeback with a new single on Wednesday.

The singer will be dropping his latest digital single album “BeBe,” his first song since releasing “Seasons of the Heart” in March. His upcoming single was produced by the singer, who has become involved in the writing of his songs since his previous track. He is expected to perform his new single for the first time at his upcoming solo concert on New Year’s Eve.

Seo has also been enjoying a successful year for his acting career. He starred in the OCN police drama “38 Task Force” in June, and later starred in the MBC romantic comedy “Shopaholic Louis.” He will appear as a nominee in the upcoming MBC Drama Awards on Friday for his role.

The singer originally debuted as the first winner of popular Mnet audition program “Superstar K” in 2009. He later starred in tvN drama “Reply 1997,” which helped him gain recognition as an actor.