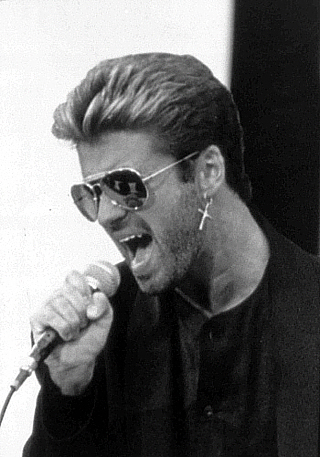 LONDON - George Michael, who rocketed to stardom with WHAM! and went on to enjoy a long and celebrated solo career lined with controversies, has died, his publicist said Sunday. He was 53.

Michael died at his home in Goring, England. His publicist, Cindi Berger, said he had not been ill. No other details were released.

He enjoyed immense popularity early in his career as a teenybopper idol, delivering a series of hits such as “Wake Me Up Before You Go-Go” and “Freedom.” As a solo artist, he developed into a more serious singer and songwriter, lauded by critics for his tremendous vocal range. He sold well over 100 million albums globally, earned numerous Grammy and American Music Awards, and recorded duets with legends like Aretha Franklin, Ray Charles, Luciano Pavarotti and Elton John.

Throughout his career, his drug use and taste for risky sex brought him into frequent brushes with the law, most famously in 1998 when he was arrested for public lewdness in Los Angeles. Yet, he managed to turn the incident into fodder for a popular song that poked fun at his behavior, and his acknowledgment of his homosexuality at that time made him even more popular with his fans.

Michael, with startling good looks and an easy stage manner, formed the boy band WHAM! with his school friend Andrew Ridgeley in the early 1980s. Helped by MTV, which was an emerging music industry force at the time, the cheerful duo easily crossed the Atlantic to become popular in the United States with Michael, as lead singer, usually the focal point.

His first solo album, 1987’s “Faith,” sold more 20 million copies, and he enjoyed several hit singles including the raunchy “I Want Your Sex.”

The song was controversial not only because of its explicit nature, but also because it was seen as encouraging casual sex and promiscuity at a time when the AIDS epidemic was deepening.

At the time, Michael had not disclosed his homosexuality, and much of his chart success was based on his sex appeal to young women. His look was raw and provocative, with tight jeans, tight T-shirts, black leather jackets and designer stubble, and his videos pushed the accepted limits with many lingerie-clad models vying for Michael’s attentions on screen.

But Michael’s situation changed abruptly in 1998 when he was arrested for lewd conduct in a public toilet in Los Angeles after being spotted by a male undercover police officer.

The arrest received international media attention, and seemed for a brief time to jeopardize Michael’s stature as a top recording artist.

But instead of making excuses for his behavior, he went on to release a single and video, “Outside,” that made light of the charges against him and mocked the Los Angeles police who had arrested him.

Like all of his efforts at the time, it sold in prodigious numbers, helping him put the incident behind him. The arrest also prompted him to speak openly about his sexual orientation.

Michael was active in a number of charities and helped raise money to combat AIDS, help needy children, and support gay rights. He had a long-term relationship with Kenny Goss, but announced onstage in August 2011 that the two had broken up. AP