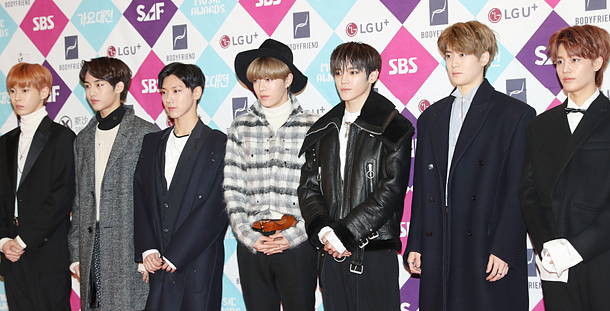 SM Entertainment’s project rookie group NCT 127 will return next month with a new record and a revamped lineup.

The boy band’s upcoming mini-album “Limitless” will drop on Jan. 6, featuring the additions of newcomers Johnny and Doyoung. Although the latter had previously made his official debut with another subunit of the boy band called NCT U, Johnny is making his first appearance on the group’s record. He was previously featured on a track called “Nightmare,” which was introduced through SM’s music channel called Station.

Both subunits are part of a much larger idol concept group called NCT (Neo Culture Technology), which was named by the company in order to introduce an “unlimited” number of members in hopes of pursuing the localization of their K-pop brand. Each subunit group will debut in different cities across the world, including Seoul, Tokyo, and Beijing. According to the company’s CEO Lee Soo-man, there are plans to debut subunits in Southeast Asia and Latin America as well.

Three subunits under the NCT brand have debuted so far, with fifteen members currently signed to the group. NCT 127 was named after the coordinates of Seoul and officially debuted on July 1 with their first single “Fire Truck.”