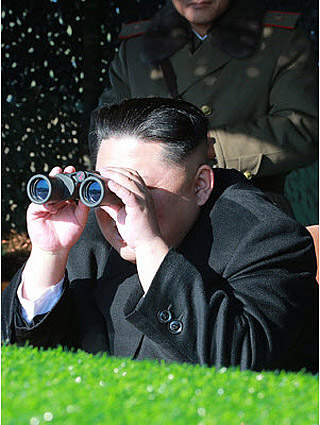 While it is unclear when the Constitutional Court will deliver a ruling on the impeachment of President Park Geun-hye, presidential hopefuls are already preparing their commitments as an early presidential election is highly likely. Government ministries are closely watching the development of the Choi Soon-sil scandal and carefully devising policies to present to the next president.

Conversations with those helping presidential hopefuls naturally move onto the North Korea policy of the next administration. Their prime focus is how to handle the nuclear tension and inter-Korean relations.

For the past nine years, the Lee Myung-bak and Park Geun-hye administrations have prioritized nuclear issues over inter-Korean ties, offering economic assistance if North Korea gives up its nuclear program first. As a result, North Korea’s nuclear technology became more advanced, and inter-Korean relations regressed to the pre-2000 level. All potential presidential candidates contend that it should be reversed. They say in chorus that unrealistic policies such as “denuclearization-opening-3000” or “Korean Peninsula trust process” also should be scrapped.

What is regrettable is that these policies would only work in the post-Kim Jong-il era. As the May 24 measures broke off exchanges between South and North Korea, understanding of the Kim Jong-un era is poor, and the policies seem to remain in the past.

The North Korean economy has become a more market- and individual-oriented one, and the nuclear program has become more advanced. If the Kim Jong-il era was a linear equation, the Kim Jong-un era is a cubic equation. North Korea is no longer its past self, and the United States and China have changed as well.

Another crucial variable is the Trump administration in the U.S. The new administration has both dovish and hawkish officials, and their Asia policy could bring a new crisis or opportunity. We can be hopeful that Donald Trump and Rex Tillerson are negotiators. Tillerson worked for 41 years at ExxonMobil and even travelled across remote places to negotiate with rebel leaders. Trump nominated him as the Secretary of State because of his tenacious negotiation skills. We need to watch how Tillerson would negotiate with Kim Jong-un.

The North Korea policy of the next administration should be a new paradigm deviating from the Kim Jong-un era. It is time to plan more pragmatic and feasible policies rather than focusing on the nuclear threat. We need to look further and draw a bigger picture to improve inter-Korean relations to the China-Taiwan level.