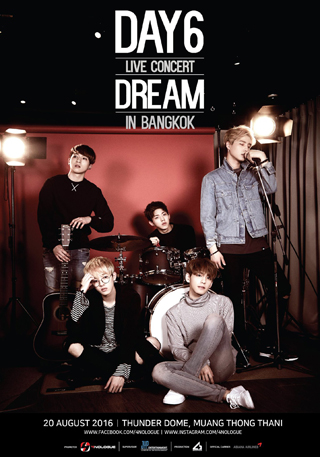 The JYP Entertainment quintet announced Thursday on social media their upcoming “Every Day6” project. The group will release a new song every second week of the month until December, with their first single being released on Jan. 6.

Additionally, the band will be holding a concert performance every month starting from February. Their first “pre-concert” will be held on Jan. 5 to kick off the project, which is welcome news for fans.

The group’s upcoming release will also be their first in ten months as their previous single “Letting Go” was released in March. They debuted as the first traditional band to be produced by their label. The group unveiled their first single “Congratulations” on September 2015 and held their first live concert two months later. Although the group originally formed with a six member lineup, keyboardist Junhyeok left the band earlier this year due to personal reasons.