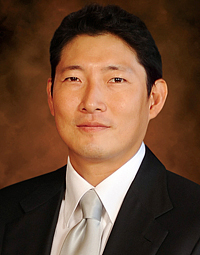 Cho Suck-rai or S.R. Cho, Hyosung Group chairman, is transferring the crown to his eldest son Cho Hyun-joon, currently president of the company. The elder son’s post will be filled by the chairman’s third son, Cho Hyun-sang, executive vice president of the corporate strategy center.

For a decade, Chairman Cho has evaluated the performances of his sons, though the company cited health reasons for Cho’s step down. He will maintain his title as representative director of the company.

The nomination of Cho Hyun-joon is mainly due to his management success, Hyosung says, as he led the company to record sales in the last two years. Last year Cho helped Hyosung reap 12.46 trillion won ($10.32 billion) in revenue and 950.2 billion won in profit. The fiber business he has led since 2007 grew to a core business division, accounting for 40 percent of company profit.