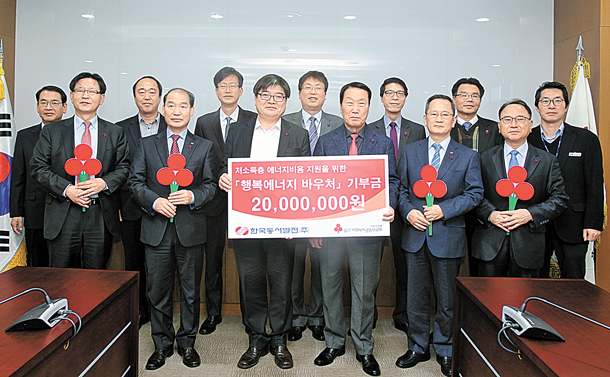 Korea East-West Power Company (President: Kim Yong-jin) donated 20 million won to the Ulsan Community Chest of Korea on December 29th. The donation was made through the “Happy Energy Voucher” event, in which the employees participated to support underprivileged people who have difficulties paying for their electricity bill.

The event was held for the third time this year, and targets those who were not included in the Korean government’s “Energy Voucher” aid program. The employees voluntarily donated cash as well as their Health Points, which were collected by climbing up and down the stairs of the company. [KOREA EAST-WEST POWER COMPANY]