Transparency is a must

Transparency is a must 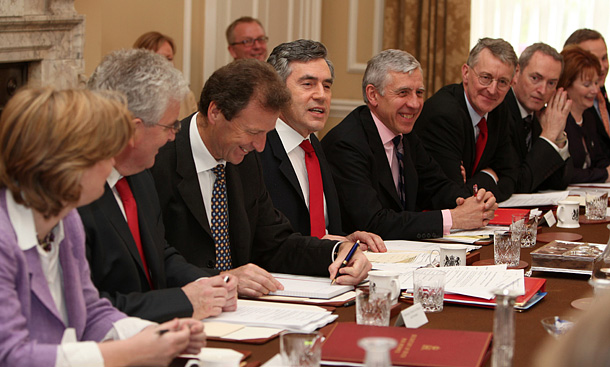 A high-level diplomat told me a story from when was serving as Korean ambassador to the United Kingdom. He was having a meal with a minister who was considered outstanding at his job and asked him his secret to resolving challenges. The minister, a member of the Conservative Party, responded that he had been closely watching the most current issues as a member of the shadow cabinet when the Conservative Party was an opposition. In the U.K., the opposition party has a shadow cabinet lineup who will be serving in the government when they take power. The minister had served several positions in the shadow cabinet during the Labour government and actually became a cabinet member in the Conservative government.

If the election is too early, there is a possibility that the primaries would be prepared with haste. If the presidential election campaign period is too short, voters would have less time to learn about the candidates.

Now that the election clock is already ticking, it would be nice if the presidential hopefuls announce with whom they would work with if they win. Former Minjoo Party leader Moon Jae-in said that he would announce his cabinet lineup in advance, and some criticize him for rushing. However, other candidates should also announce the shadow cabinet if they want to manage the nation. If they are not ready with choices of ministers, they should at least fill major positions like who will oversee education and economy, gradually if needed.

It is important to make public who is aiding the presidential candidates because the tragedy that Park Geun-hye brought to the nation was caused by unvetted string-pullers. Park claims that there is no personal interest or political connection and Choi was a kitchen cabinet from whom she hears the public opinion over meals. But Choi Soon-sil was nothing but a shadow power extorting money and playing influence in appointments. Looking back, voters would have made a different choice if they had known who was behind the decisions and election promises that Park made as a party leader and presidential candidate and the tendencies of the people she had appointed in major positions.

If the next presidential election is right around the corner, the candidates should be made known soon. It would be desirable if the candidates could inform citizens who’s in their shadow cabinet, kitchen cabinet or on their personal advisory team. As the election campaign period is likely to be short, some politicians may believe they can take power if they manipulate the public opinion, if the other candidate falls or if they cleverly reorganize and take a side. However, it has become necessary for the voters to find out who is behind each of these candidates. The presidential runners should be required to respond to the demands for verification.


*The author is the deputy international news editor of the JoongAng Ilbo.