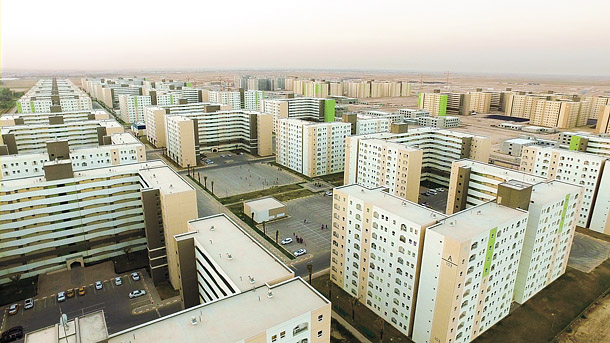 Hanwha Engineering & Construction was finally paid a $560 million construction fee by Iraq’s government last week, according to the company on Monday.

The payment was compensation for all unpaid fees since construction began in 2012.

The Korean builder is leading a new city project worth $10.1 billion in Bismayah, 10 kilometers (6.2 miles) southeast of Baghdad, Iraq. The largest single overseas construction deal inked by a Korean company to date, it is scheduled for completion in 2019. Some 100,000 homes and social infrastructure are being built.

Payments are made in stages and Iraqi’s government faced difficulties paying up due to internal disputes and falling oil prices.

To secure cash for the payment, the government acquired completed residential units in the new city and took out loans on them from state banks.

“The payment essentially shows Iraq government’s determination to push through with the project,” a Hanwha E&C spokesperson said.

The payment boosts the company’s liquidity and lowers its debt-to-equity ratio.

“We have reconfirmed the Iraqi government’s trust in the Bismayah new city project through the payment made last week,” said CEO Choi of Hanwha E&C.

“As the civil war in the country has eased and oil prices continue to rise, we are expecting the country’s orders on infrastructure to increase and Hanwha E&C is likely to win more orders based on the trust it has built with the Iraqi government,” the Hanwha spokesperson added.