New Year 2017 is rung in with classical concerts : Star performers are in full supply along with traditional instruments

New Year 2017 is rung in with classical concerts : Star performers are in full supply along with traditional instruments 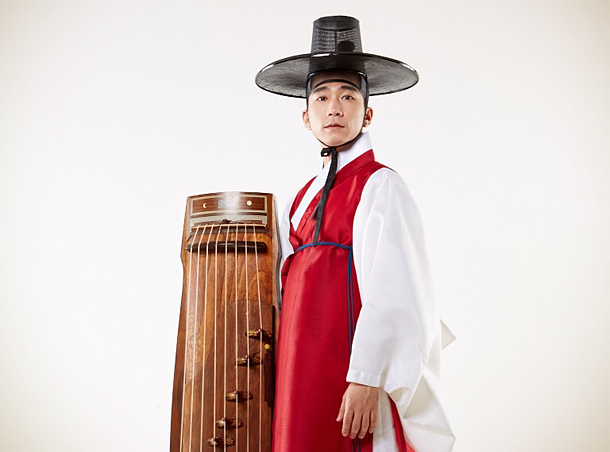 Han Lim, pictured above, will be playing his ajeng (a harp with seven strings) at the National Orchestra of Korea’s New Year concert. [NATIONAL ORCHESTRA OF KOREA]

There are many ways to celebrate the new year and here’s a classic one: going to a classical music concert. Unlike previous years, the country’s classical music circle has lined up a number of star studded new year concerts of the sort you don’t see every year. Here are some recommendations by the Korea JoongAng Daily to welcome 2017.

Seoul Philharmonic and the Sejong Center

It’s not every year that the Seoul Philharmonic Orchestra presents a New Year concert. For the first time in five years, the city-run orchestra is holding a concert to welcome the new year on Wednesday evening at the Sejong Center for the Performing Arts.

For the concert, Polish maestro Antoni Wit will take to the podium. Under his leadership, the orchestra, accompanied by Korean pianist Paik Kun-woo, will perform Dobrzy?ski’s Overture to “Monbar,” known for its strong rhythms, followed by Chabrier’s Espana Rhapsody, Falla’s Danza Ritual del Fuego from “El Amor Brujo” as well as Falla’s Orchestral Suites No. 1 and No. 2 from “El Sombrero de Tres Picos.” The orchestra will also perform Beethoven’s “Piano Concert No. 1, Op. 15.”

Wit is known for his interpretations of both classical and contemporary pieces, which explains the varied selection. Wit has been the music director of the Warsaw Philharmonic Orchestra since 2002.

Korean pianist Paik, who currently resides in Paris, is not an unfamiliar artist to local audiences as he has held numerous recitals in his home country. Paik has been very active across the globe, accompanying big name orchestras including the London Symphony Orchestra and the BBC Symphony Orchestra.

It’s not the first time for the maestro and Paik to perform together. They recorded the complete Prokofiev piano concertos with the Polish Radio Symphony Orchestra for RCA, which was named the Diapason d’or in 1993, a renowned recommendation as an outstanding classical album by the Diapason magazine in France.

According to the orchestra, the concert has been jointly organized with the Sejong Center for the Performing Arts. A concert in 2012 that was also organized jointly received an enthusiastic response. The concert starts at 7:30 p.m. Tickets range from 30,000 won to 90,000 won ($25 to $75).

Korea’s proud Chopin competition winner Cho Seong-jin is holding a two-day recital on Tuesday and Wednesday at the Lotte Concert Hall. Since this will be his first solo recital after winning the competition in October 2015, tickets sold out in mere minutes. The speed that tickets sold out was similar to that of popular boy bands with international fandom.

As of Sunday afternoon, no tickets were available but fans can hope for last minute cancellations. Cho will be performing Alban Berg’s Piano Sonata and Frederic Chopin’s Four Ballades and 24 Preludes for Piano.

Kumho Art Hall’s resident cellist Mun Tae-guk, 22, will also be holding his first solo recital on Jan. 12 after winning the Janos Starker Foundation Award, worth $25,000, last month. The award, which is granted to a cellist under 30 “who has already begun a significant career in music,” was created in memory of legendary Hungarian-American cellist Janos Starker. Starker died in April 2013 at the age of 88. Mun also won the Pablo Casals International Cello Competition in 2014 and the Andre Navarra International Cello Competition in 2011.

“The more I play, the more I become fond of the cello,” said Mun during a press conference Dec. 12 to announce his being selected as an Artist-in-Residence at the Kumho Art Hall.

“There’s a saying that goes, ‘Expect sound from a cellist but technical skills from a violinist,’ but you can certainly expect just as difficult techniques with a cello,” Mun said.

Mun will be accompanied by pianist Noreen Cassidy-Polera, a highly-regarded chamber artist. They will perform Cello Sonata No. 2 in F major, Chopin’s Cello Sonata in G minor, and Robert Schumann’s Adagio and Allegro in A flat, among others.

The Vienna Boys’ Choir has held more than 170 concerts in Korea since it first came in 1969. Its fans in Korea go to every concert since the choir is always changing: when the boys turn 15, they have to leave.

The choir regularly visits Korea during the new year, as many classical music aficionados in Korea make their concerts a new year ritual. This year, the repertoire ranges from the hymns of Henry Purcell to soundtracks from famous films. The concert starts at 5 p.m. at the Seoul Arts Center, southern Seoul. Tickets range from 33,000 won to 100,000 won.