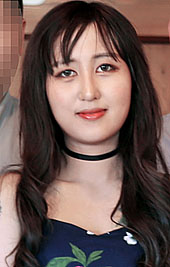 Chung Yoo-ra, daughter of Choi Soon-sil, was arrested in Denmark on Sunday night for staying in that country illegally.

Danish authorities arrested Chung and three or more people, including a child suspected to be her son, in a house in the northern Danish city of Aalborg. Local authorities informed the National Police Agency of Korea, which informed an independent counsel of the arrest on Monday.

The independent counsel investigating Choi, dubbed “Korea’s female Rasputin” by the foreign media for the sway she allegedly held over President Park Geun-hye, had requested the cooperation of German authorities in determining Chung’s whereabouts. She has spent much time in Germany over the past months. Last week it asked Interpol to add Chung to its list of wanted fugitives.

“By cooperating with Korea’s national police and the Ministry of Justice,” an independent counsel official said, “Chung will be extradited to Korea.”

“Usually, it is the Ministry of Justice that requests an extradition of a criminal suspect,” said a police officer. “But in this case it would be faster for the national police to request extradition via Interpol.”

Last week, authorities asked Interpol to issue a Red Notice - by which the arrest of a wanted person with a possible extradition is guaranteed - but the international police organization as of Monday afternoon had not issued one.

“We cannot confirm that Chung will be extradited immediately,” said Lee Kyu-chul, spokesman for the independent counsel.

“We are also investigating whether Chung was indeed arrested for illegal staying in Denmark, or on another charge.”

The counsel is also requesting the Danish authorities to hold Chung until a Red Notice is issued by Interpol.

If Chung files a lawsuit to seek protection from extradition, the legal process could be prolonged. When French authorities arrested Yoo Seom-na, eldest daughter of Yoo Byung-eun, the late patriarch of the family behind the operator of the doomed Sewol ferry, in France in May 2014, she filed a lawsuit against extradition. It took nearly two years before a local court ruled she must be extradited to Korea.

Chung is accused of receiving unjust admission to and preferential treatment at Ewha Womans University. She is central to a probe into a corruption scandal involving the Korea Equestrian Federation and Samsung Electronics. Samsung pledged 22 billion won ($18.2 million) for Chung’s equestrian training. It was also the largest benefactor of two nonprofit foundations that Choi practically controlled, contributing 20.4 billion won.

Choi has been indicted and Park impeached over the power abuse and corruption scandal.

Meanwhile, according to the national police, a reporter of JTBC, an affiliate of the Korea JoongAng Daily, tipped off Danish authorities as to Chung’s whereabouts. The reporter was reporting in Germany and other European countries for days and trailing Chung.

Aalborg is nearly 1,000 kilometers (621 miles) from Schmitten, Germany, where Choi and Chung used to live. The city is close to the Helgstrand Dressage training stable, which reportedly boards Chung’s horse, Vitana V. Chung reportedly visited the stable often with Choi for her training.