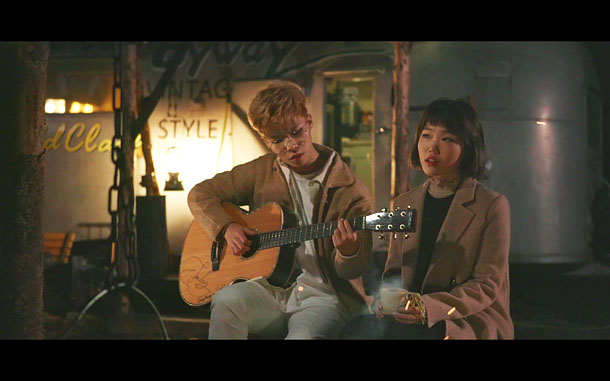 The sibling folk group’s latest album and two singles “Last Goodbye” and “Reality” charted in the top five on multiple music sites, including Genie, Melon, and Bugs. The record is the second in a conceptual two-part album series called “Puberty,” the first of which was released last May.

“While we portrayed innocence and liveliness in our first album, we tried expanding our musical spectrum in the “Puberty” series,” said group member Lee Chan-hyuk at a promotional press conference held at CGV Cheongdam Cine City on Dec. 28. “We realized we never released any songs during the winter, so we included emotional songs in the album.”

Additionally, the duo uploaded a 22-minute short film on New Year’s Day to YouTube in preparation of the album release. As of Tuesday, the video attracted over 400,000 views. During the aforementioned press conference, the director of the short, Yong Ih, complemented Lee and his sister Lee Su-hyun’s acting skills.

“The acting styles of the two are very different,” explained the director. “Su-hyun is the type to act with instinct, while Chan-hyuk acts after much consideration.”