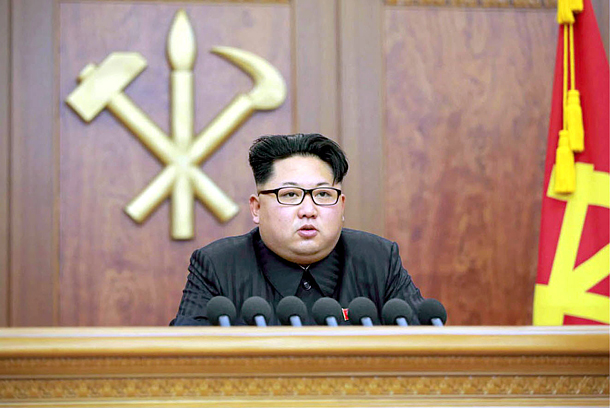 The most notable phenomenon in the age of Trump is that everyone around the world can be informed of what the leader of the United States feels in real time. When Barack Obama said he would have won if he could run for president again, Trump immediately responded on Twitter, “He should say that but I say NO WAY!”

When Bill Clinton said the president-elect did not know much and that he had gotten a call from Trump, he tweeted, “Bill Clinton stated that I called him after the election. Wrong, he called me (with a very nice congratulations). He ‘doesn’t know much’ …” As his tweets include straight and easy language, it does not take much guesswork to figure out what’s going on in his mind.

The Council on Foreign Relations surveyed thousands of American experts and drafted a list of seven top threats to watch in 2017, including North Korea. The report states that a severe crisis caused by nuclear and missile tests, military provocations or internal political instability will be a policy priority for the Trump administration.

On Jan. 1, Kim Jong-un claimed in his New Year’s address that a test launch of an intercontinental ballistic missile was in the final stage.

As soon as Trump takes office, North Korea could conduct a missile test and bring North Korea-U.S. relations into an unpredictable state.

North Korea has also used unimaginably insulting remarks against the president of the United States, calling Obama a “crossbreed,”

“clown” and even “monkey.” The Obama administration ignored the name-calling altogether, but the Trump administration might not. During his presidential campaign, Trump repeatedly said he was a “counter-puncher.” When he’s attacked or criticized, he hits back with more.
Having experienced North Korea’s behavior for a long time, South Koreans have grown accustomed to Pyongyang’s provocative language.

But the new U.S. president might feel differently. Until now, North Korea hasn’t used such extreme language against Trump, but past behavior suggests it is a matter of time before Pyongyang reveals its candid face. Whenever a new president takes office in South Korea, Pyongyang takes a little break before starting its verbal attacks. If they repeat the same pattern this time again, it makes us uneasy what will happen during the Trump administration.