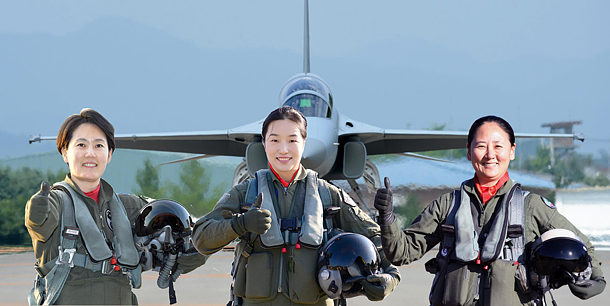 Left to right: Maj. Park Ji-won, Maj. Park Ji-yeon and Maj. Ha Jeong-mi, three pilots who have recently been appointed as the country’s first female vice commanders of fighter squadrons. Last month, the three were promoted as second-in-command of three fighter squadrons, an Air Force spokesman said Tuesday. The promotion represents the growing role of female soldiers and officers in South Korea’s 630,000-strong military. Women were first allowed to attend the Air Force Academy in 1997 and the first female fighter was commissioned in 2002. [YONHAP]