A proactive plan for the North

A proactive plan for the North 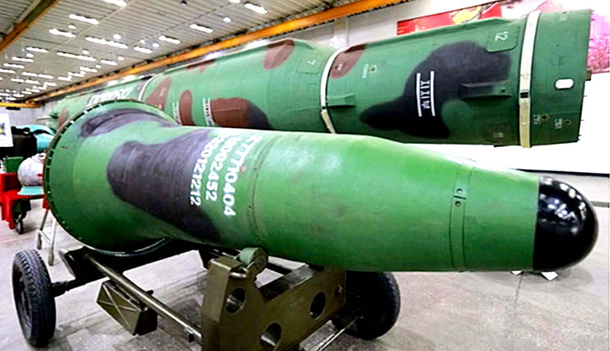 As we enter the new year it is time for a fresh look. I always ask myself two questions at this time of year that require reflection, and then action: What are the realities I have to deal with this year? How do I best organize myself to deal with them?

On North Korea, it has struck me for some time that we — Americans and Koreans — have been looking at North Korea through unrealistic glasses. And we have been disorganized in responding.

Lee Myung-bak and Park Geun-hye wore “collapse” glasses, presuming, with little evidence, a lot of supposition, and even more hope, that the Kim regime in North Korea was going to fall apart. Therefore, the proper way to organize was to prepare for the South to absorb the North.

The Obama administration, loathe to adopt a policy at odds with Seoul, decided it would try to isolate North Korea and wait with “strategic patience” until the isolation had the effect somehow — not exactly defined — of forcing North Korea to either change or collapse.

These policies are basically reactive — waiting for something to happen, with only indirect tools for making them happen. And nothing has happened — except continuing progress on Pyongyang’s nuclear weapon and missile programs.

Former Secretary of Defense William Perry, who was recently in Seoul to give the inaugural address at Yonsei University in the William J. Perry lecture series, argues for a proactive approach going forward.

No soft “dove,” Perry has been at the forefront of thinking on nuclear weapons for decades. He led the “Perry Process” in the late 1990s, a thorough review of U.S. policy toward North Korea. His famous bottom-line conclusion was that the U.S. had to deal with North Korea, “as it is, not as we wish it to be.”

His view today is that the administrations of Presidents Bush and Obama, like Presidents Lee and Park, followed policies based on coercion, causing the North Korean regime to believe ROK/U.S. policy is essentially “regime change” — forcing Pyongyang to bend to the will of Seoul and Washington on one issue after another until the regime has fallen.

But Perry does not believe a collapse is coming. North Korea is not on the way to implosion and China will make sure it doesn’t happen in the future either. Beijing has no interest in seeing the North absorbed by the South. It is important to see these realities as they are.

(I am reminded of French writer François Mauriac who once said after World War II that he loved Germany so much, he was happy there were two of them. We must not forget that China loves Korea the same way; it is happier with two of them. Korea’s future unity and power will depend on Koreans — North and South — taking action, not on Chinese largesse and kindness.)

In November, speeches at the RAND think tank, in Seoul at Yonsei, and in an interview with CNN, Perry said that only a diplomatic effort that persuades the North Korean regime that its survival is guaranteed by any resulting deal can attenuate the North Korean nuclear threat.

Based on his experience, Perry believes the hierarchy of North Korean decision-making is:

1) Kim regime survival
2) International prestige (as it supports No. 1
3) Economic development
4) Unification under terms acceptable to the Kim regime

Tailoring negotiations around these North Korean goals, as well as recognizing the Chinese desire for stability, and then matching them to ROK/U.S. goals of denuclearization, reduction of tensions and human rights issues (and maybe even a path to eventual unification,) will require skill. But most of all, it will require being proactive. Whining about how difficult it is to deal with North Korea, and hoping that a North Korean collapse will save us from an arduous task, is not dealing with reality.

The U.S. will have a new president this month. Korea will have a new president in the not-too-distant future. They will have to deal with Pyongyang as it is, not as they wish it to be. If they are proactive, we may be able to make a long march toward a peaceful future. If they sit back and think that more of the same — more of Lee and Park and Bush and Obama; more of waiting for something to happen that is not going to happen — then we are going to only be able to constantly react. We need to organize now to take control of the future of the Korean peninsula.

*The author is CEO of CBOL Corp., a California aerospace firm. He is a member of the Council on Foreign Relations, a co-founder of the Pacific Century Institute and was a fellow at Harvard’s Ash Center for Democratic Governance and Innovation from 2012-13.