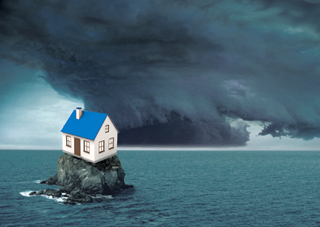 News junkies would recognize ICBM as the acronym for intercontinental ballistic missiles, the kind North Korea has been threatening to master to put its weapons in reach of the U.S. mainland. But if you are more focussed on the digital world, the acronym means something else entirely: the Internet of Things, Cloud, Big Data, and Mobility. That ICBM is part of the burgeoning application sector connecting smart devices, using cloud computing and the analytics of big data to service mobile users.

To news junkies, AI is the avian influenza that has wreaked havoc on the country’s poultry industry and driven up the price of eggs at Korean supermarkets. But AI also stands for artificial intelligence. AI and ICBM have already begun to bring revolutionary changes to our lives.

Award-winning BBC wildlife filmmaker John Downer has raised the bar on filming wildlife through so-called spy cameras. The spectacular wildlife series “Spy in the Wild” will be aired by the BBC next week using innovatively disguised spy cameras to deliver unprecedentedly up-close-and-personal footage of animals in their natural settings. Ultra-realistic animatronic spy creatures were deployed for a five-part undercover series on the daily lives of wild dogs, moneys, orangutans, chimpanzees, tortoises and crocodiles. Some of their ways have an astonishing resemblance to those of humans.

The spy creatures with remote controlled cameras acted like real creatures. They are so real that some animals even attempted to mate with them.
Too-real-to-be-true machines are not restricted to documentary films. Atlas, a humanoid robot developed by Boston Dynamics, was included on the Best Robots for 2016 list in Britain’s Telegraph newspaper. The Transformer-like robot stomped over a slippery icy field and got up no matter how often it was pushed over. The same company’s robot dog “Spot Mini” climbed stairs, did cleaning and danced when he felt good. These particular machines may not be ready to take humans’ jobs, but their successors undoubtedly will.

The White House believes that four out of 10 Americans’ livelihoods will be threatened by self-learning machines. The risk will be higher for jobs taken by people with restricted education.

This year’s biggest economic variant will be increases in U.S. interest rates. The risk in Korea from household debt and the bursting of the real estate bubble has become real. The government has been maintaining that household debt and home price levels were “worrisome but manageable.” Authorities sound less confident these days. Household debt exceeded 1,300 trillion won ($1.08 trillion) last year and the average household holds debt of 66.55 million won, up 6.4 percent from the previous year. Household debt surged because many people took out loans to buy homes last year due to cheap rates and sky-high rent prices.

Real estate prices slip 2.7 percent when the lending rate goes up by 1 percentage point, according to Shin Sung-hwan, head of the Korea Institute of Finance. This year, Korea’s working population aged between 15 to 64 starts thinning for the first time. Over-indebted households also will increase to 365,000 from 324,000 when interest rates on loans rise 1 percentage point, said Shin.

His view is sunny compared to private think tanks. Hyundai Research Institute estimates that there are 1.6 million households whose debt exceeds 40 percent of their disposable income. When multiplied by the average Korean family members of 2.9, an estimated 4.6 million people could come under strain when interest rates rise. The have-nots would become poorer.

Can Korea survive such challenges from interest rate increases? Korea has hefty foreign exchange reserves of $372 billion on top of a current-account surplus reaching $97 billion. Nomura Securities of Japan, which is usually skeptical of the Korean economy, now believes Korea’s fundamentals are much stronger compared to before the financial crises of 1997 and 2008.

But we cannot be sanguine. Higher interest rates in the U.S trigger similar movements in other countries. When interest rates shot up in 1994-95, Asia underwent a liquidity crisis. The subprime mortgage crisis followed another tightening cycle in 2004-06. The Korean central bank can hardly hike interest rates given the fragile economy, but may be pressured to do so before long in order to prevent the flight of foreign capital

We will hear regrets everywhere about having bought homes on the encouragement of the government and financial institutions selling cheap loans. Politicians are ready to pour out rosy promises ahead of the presidential campaign. They will promise to fix the imbalances from neo-liberalism and polarization through higher taxes on the rich and bigger incomes for the have-nots. The economy fundamentally would have to run faster than the estimated growth of the mid-2 percent range. Can the economy grow faster when taxes and incomes are upped? If Korea succeeds, it would be eligible to win the Nobel Prize in economics.


*The author is the chief editorial writer of the JoongAng Ilbo.