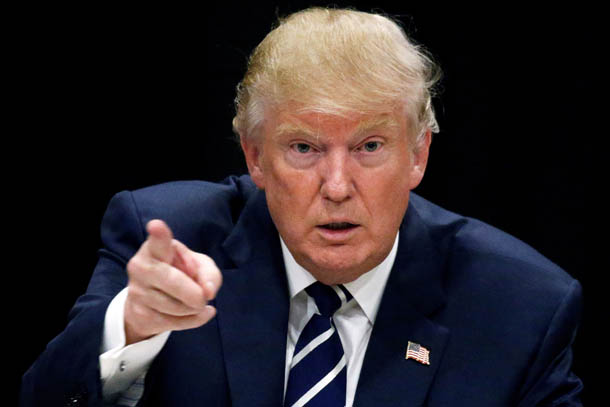 When Donald J. Trump tweets, Seoul will be listening.

The Korean government is still in the process of building ties with Trump’s and does not have a lot of insight into his foreign policies -- like most of the world. His 140-character posts are currently the most effective insight into policies of the incoming administration.
On Monday, Trump posted on Twitter: “North Korea just stated that it is in the final stages of developing a nuclear weapon capable of reaching parts of the U.S. It won't happen!”

He called out China on the same day, tweeting: “China has been taking out massive amounts of money & wealth from the U.S. in totally one-sided trade, but won't help with North Korea. Nice!”

The posts came as Seoul was getting worried that the North Korea issue would be put on even a more remote backburner by the Trump administration as it was under Barack Obama.

As of Thursday, the North Korea post had been retweeted over 25,000 times and garnered over 86,000 likes.

In the past, statements by Washington on key policies would involve the Korean Embassy in Washington writing a report to send back to Seoul.

These days, Seoul was able to learn of Trump’s take on North Korea immediately and directly via Twitter.

Analysts tentatively suggest that Trump’s tweets suggest that North Korea will be a key national security issue for his administration – along with Beijing’s role in reigning Pyongyang in.

Korean Foreign Minister Yun Byung-se himself does not use Twitter but any key policy issues tweeted by Trump are reported to him right away.

The Korean Ministry of Foreign Affairs welcomed Trump’s Monday tweet about North Korea, interpreting the message as a “clear warning” by the president-elect to North Korea on its nuclear and missile provocations.

“President-elect Trump’s Twitter message is his first time explicitly mentioning the North Korea nuclear issue Since he was elected, which makes it significant,” said South Korean Foreign Ministry spokesman Cho June-hyuck in a briefing Tuesday, “and can be interpreted as a clear warning about Kim Jong-un’s New Year address on ICBM and the possibility of provocations.”

Despite speculation that Trump’s use of Twitter would be reined in once he becomes president, his transition team has bragged of his use of social media to reach out to the public.

"The fact of the matter is that when he tweets, he gets results," Sean Spicer, Trump's incoming press secretary, told ABC News on Sunday.

“He holds a lot of disgruntlement that key, influential media outlets did not interview him or made distorted reports on him during the election period,” a Korean government official who has met with members of the incoming Trump administration said. “So he took to Twitter to directly communicate with voters, and even posts made by mistake were retweeted rapidly to the point it could not be contained. So he saw the effectiveness of this method.”

“It seems that his negotiation style -- sounding out the intentions of the other side and using leverage -- is being reflected through his Twitter activity,” Kim Hyun-wook, a professor at Korea National Diplomatic Academy, said. “However, Twitter does not go into detail about his policies, thus the government has to take into consideration many different scenarios and communicate with civilians and quasi-governmental channels to be prepared for an ever-changing situation.”