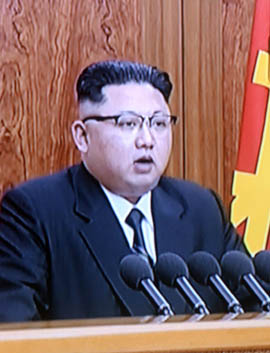 North Korean embassies are in a pinch as their attempts to defend Pyongyang’s human rights record overseas is backfiring and the international community is now criticizing their leader, Kim Jong-un, by name.

As North Korea continues to defend its human rights situation, which is condemned by the United Nations, Kim Jong-un has subsequently been called “a kid who knows nothing” and worse.

Hungarian Foreign Minister Péter Szijjártó referred to the North Korean leader as a “lunatic communist dictator,” which prompted Pyongyang’s embassy in Austria to demand an explanation, VOA reported last week. But this backfired, and Hungary reportedly sent an official letter stating that the foreign minister’s words are his views and beliefs.

Szijjártó last month visited Seoul and met with South Korean Foreign Minsister Yun Byung-se on Dec. 16. The Hungarian foreign minister was said to have recounted his childhood under the brutalities of a communist dictatorship.

During its time under Socialist rule between the 1940s and the 1980s, Hungary enjoyed close diplomatic ties with North Korea.

North Korean diplomats are under orders from Pyongyang to contain the situation.

The diplomatic source here said, “They are ordered to take all measures and invest whatever resources needed to block such critical talk of Kim Jong-un from becoming public opinion. If they do not take care of this issue properly, it is said the diplomats of the respective embassies will be summoned home and punished.”

Pyongyang has especially been sensitive on the issue since Washington for the first time imposed sanctions on North Korean leader Kim Jong-un over human rights abuses in July.

Thae Yong-ho, a former North Korean deputy ambassador to London, defected to the South in August, speaking out against the regime, and the European Union has maintained stern opposition to North Korea’s human rights abuses, co-sponsoring a resolution on the issue in the United Nations which was adopted last month.

North Korea responded sensitively to the landmark report, released in February 2014 by the UN Commission of Inquiry (COI) on human rights in North Korea, which concluded that senior members of North Korea’s military regime, including Kim, had committed or overseen a broad range of crimes against humanity.

The South Korean Ministry of Foreign Affairs also ramped up pressure on North Korea’s human rights situation through its 2017 policy goals, which were presented Wednesday.

“Through various organizations and the international community,” Foreign Minister Yun Byung-se said, “we will pressure North Korea on its human rights issue and develop new forms of getting information to continue to target its vulnerable areas.”

In a joint report on foreign and security policies for 2017 with the Foreign Ministry, Ministry of National Defense, Ministry of Unification, and Ministry of Patriots and Veterans Affairs, the government pointed out that major diplomatic tasks for this year include the resolution of nuclear and other issues with North Korea.

It added that Korea will not bend on its policy of sanctions for North Korea’s nuclear and missile programs.

“The great changes in the international order and in relations among Northeast Asian countries,” said Yun, “as well as advances in North Korea’s nuclear and missile capabilities, have brought the diplomatic and security environment to its gravest point since the end of the Cold War.”