NEW YORK — Enter the Rooster. Exit the Year of the Monkey. As 2017 begins and the lunar new year soon follows, we take one last look at who was up, and who was down in Asia in 2016. In our annual good year-bad year list for CNN for 2015, we awarded “worst year” to “Asia’s lungs” as deadly pollution darkened skies and captured headlines in China, India and Indonesia.

Who made our just released list for CNN in the year that was? In 2016, we saw Thailand say farewell to a revered monarch, India move against corruption via “demonetization” and U.S. President Elect Donald J. Trump and Taiwan President Tsai-Ing Wen talk by phone.

We also looked further east, across the Pacific, to an outgoing U.S. president and a fading pivot and partnership. South Korean President Park Geun-hye has the U.S. leader to thank for saving her from the dubious distinction of leading our list for CNN, as we review the year that was.

The winner of worst year in Asia goes to U.S. President Barack Obama for a “U.S. pivot to Asia” that was increasingly seen as more rhetoric than reality, even before November’s elections.

A central Obama foreign policy initiative, the pivot was described as a strategic rebalance, shifting U.S. diplomatic and military resources to the world’s most dynamic economic region. At its economic heart would be an ambitious trade deal, a Trans-Pacific Partnership linking 12 Pacific Rim nations accounting for 40 percent of world trade. The U.S., not China, would help “write the rules,” Obama declared, through this “gold standard” of trade deals.

All that was not to be. First, one-time TPP proponent Hillary Clinton turned her back on the deal. And then, Trump’s election drove a stake into it. The President-elect has said among his first actions in office will be to withdraw the United States from the TPP in favor of “fair bilateral trade deals.”

Oversold, under-delivered and now trumped: the Pivot to Asia. 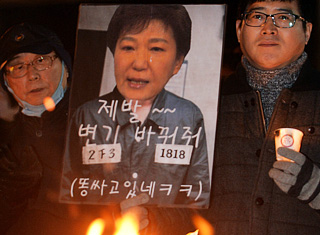 In South Korea, it has been a bad year for embattled President Park, who was impeached over a still-unfolding scandal that could well have been penned by a Hollywood screenwriter. Allegations of corruption and slush funds mix with tales of cult-like rituals and influence linked to a mysterious, close friend now on trial, Choi Soon-sil, a daughter of a deceased religious figure. Hundreds of thousands took to the streets calling for the president’s resignation.

Park barely beats out another contender from South Korea for “bad year” in Asia — Samsung Electronics for its now discontinued Galaxy Note7.
The smartphone was seen as a worthy challenger to Apple’s iPhone. Any such aspirations in 2016, literally and figuratively, went down in flames. Battery problems causing some Galaxy Note 7s to spontaneously combust put the “must have” phone on a permanent “no fly” and then “don’t buy” list. 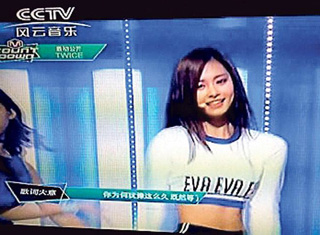 When their smartphones did work, increasing mobile adoption and internet penetration in 2016 gave Asia’s netizens the tools to connect and share information and opinions as never before.

Unfortunately, for many in Asia, if an increase in freedom of on-line expression is the metric, the year was mixed at best.

The 2016 Freedom on the Net report by U.S. non-governmental organization Freedom House rates only two of 15 Asian countries — Japan and the Philippines — as having an internet that is assessed as “free.” Netizens were “partly free” in Cambodia, South Korea, India, Singapore, Indonesia, Sri Lanka, Malaysia and Bangladesh, and “not free” in Myanmar, Thailand, Vietnam, China and Pakistan.

From outright censorship or arrest in China or blocked access to social media platforms and communication apps such as Facebook, Twitter and WhatsApp, to the murder of bloggers in Bangladesh, for Asia’s internet users the power of technology also brought new risks in 2016. 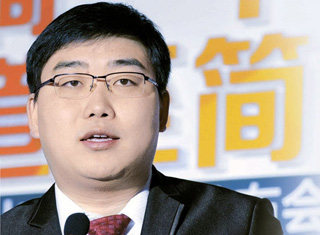 
Amazon’s Jeff Bezos may well be a household name in America, but how about Wei Cheng, co-founder and CEO of Didi Chuxing (formerly Didi Kuai), the multi-billion dollar Chinese ride-sharing app that beat Uber Technologies at its own game in China. In September, Uber surrendered in its costly battle for riders in China and swapped its operations there for a minority stake in Didi Chuxing.

Cheng is an example of Asia’s Digital Disruptors who came into their own in 2016. Like Jack Ma of Alibaba Group, these new titans are embracing disruptive business models and leveraging local knowledge and connections to win customers and investments. For them, 2016 was most definitely a good year, even if some are still struggling, as are their Silicon Valley role models, to turn a profit.

Alibaba affiliate Ant Financial, the parent company of the Alipay online payment service, was valued alone at about $60 billion in June when it raised $4.5 billion.

Paytm CEO Vijay Shekhar Sharma of India is one more digital disruptor. His and others’ e-commerce and digital wallet offerings are likely to benefit from India Prime Minister Narendra Modi’s efforts to “demonetize” and “digitalize India.”

With Forrester research projecting the Asia-Pacific e-commerce market to reach $1.4 trillion in 2020, these and other digital disruptors are likely to see many more good years ahead. 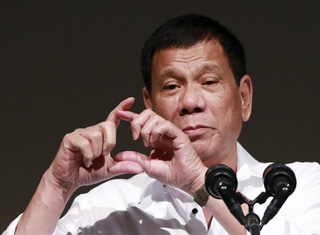 Not without controversy, Philippine President Rodrigo Duterte tops our CNN list for “best year” in Asia by winning his nation’s presidency in a landslide this May and subsequently upending, rethinking and reshaping the state of affairs — for good or for bad — at home and abroad.

Since taking office on June 30, the former mayor of Davao City has launched an unsparing, and bloody, war on crime and drugs that has brought mounting human rights criticism and concerns over extrajudicial killings. The tough-talking leader also has declared a “separation” from the United States, its long-term ally, and moved to put aside territorial disputes in favor of business deals with China — this, despite an international tribunal ruling in the Philippines’ favor in July over territories in the South China Sea.

In early December, the Social Weather Stations (SWS) survey firm had Duterte enjoying a 77 percent approval rating as Filipinos continue to put their trust in their controversial president.

For now, the Philippine leader’s unconventional moves seem a harbinger of things to come.

This is no pivot to China, but a disruption of the old normal. Duterte ends 2016 seeking to rebalance his nation’s ties, improve the life of the average Filipino and make the Philippines — a one-time economic and trade powerhouse — great again. And for that, Asia’s best year goes to Duterte.

*Curtis S. Chin, a former U.S. ambassador to the Asian Development Bank, is managing director of advisory firm RiverPeak Group, LLC. Jose B. Collazo is a Southeast Asia analyst and an associate at RiverPeak Group. Follow Curtis on Twitter at @CurtisSChin and Jose at @JoseBCollazo.