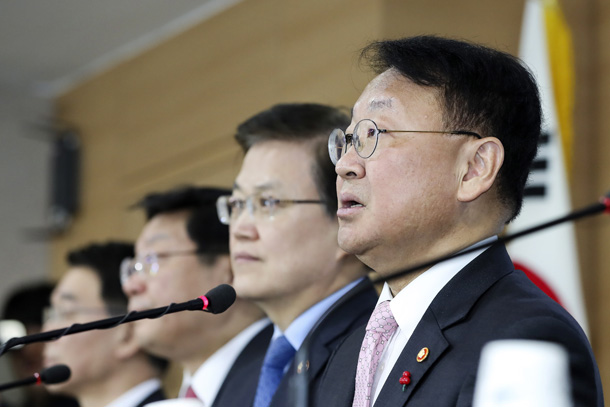 Clay Shirky, a New York University professor and champion of social media, underscored the digital democratization power in South Korea by pointing out a surge of teenage girls joining the nationwide protests against American beef imports in 2008. He claimed that the protests widened the public sphere to include young people, particularly teen girls, as they spread rumors about mad cow disease worries to their friends on the website of boy band DBSK. Viral digital messaging has made the silent Korean suddenly very vocal — to the point of reactionary boisterousness. “When we change the way we communicate, we change society, Shirky claimed.

Four decades before, American physicist Philip Warren Anderson declared, “More is Different.” “At each level of complexity entirely new properties appear … At each stage entirely new laws, concepts, and generalizations are necessary, requiring inspiration and creativity to just as great a degree as the previous,” he claimed. He argued that the provision of many-body physics can override the rule of humans, not to mention the work of economic theories. So inconsequential should be the self-fulfilling prophesy about the economy turning really bad upon such a belief.

Skepticism about the Korean economy is spreading fast. Voices of concern come from within. A recent survey by LG Economic Research Institute showed that 64 percent of respondents predicted the economy would perform worse this year than last year. Only seven percent was more positive about this year’s economy.

Pessimism runs deeper among economic pundits. Scholars and bureaucrats all warn of crisis. Some say the conditions are worse than 20 years ago when the country had to seek an international bailout. I asked if this was true to the veteran bureaucrats who fought the financial crisis in late 1990s: former deputy prime minister for the economy Lee Hun-jai and former Financial Services Commission chief Kim Seok-dong. They dealt with the crisis and spearheaded restructuring as the commander-in-chief and general in charge. Their perception of the economy’s future differed.

Kim saw Korea’s troubles in the context of global structural problems. As the 40-year boom from a credit-financed global economy since the Great Depression is over, the global economy will see a dispersal of the froth over the next four decades, he said. Emphasizing the need for structural reforms and innovation, he said that inner resilience must be reinforced. Ki predicted the economy cannot worsen and advised the government not to fret too much over the growth rate and candidly ask the public to join a belt-tightening and deleveraging campaign.

Former deputy prime minister for the economy Lee does not agree the economy is in a state of crisis. The conditions today differ from the late 1990s. “The illnesses and weaknesses of the economy are mostly chronic. Household debt of 1,300 trillion won ($1.1 trillion) is a huge problem, but won’t kill the economy for now. If an emergency occurs, the government could order a debt freeze.”

Lee believes time to make amends could be bought if the government improves job conditions and livelihoods of the working class. He advises the government use the impeachment momentum to change economical fundamentals. He attributes today’s troubles to an outdated framework. Five years ago, he argued that the economy has no future running on the 1970s growth model of Park Chung Hee.

It is not important who is more right. The difference is their standpoints. The prescriptions may differ, but they point in the same direction — to an overhaul in Korea’s economic fundamentals through structural reforms. If there is a solution, a cure is possible. It is foolish to give up out of fear. If there had been despair yesterday, there is hope today. Deputy prime minister for the economy Yoo Il-ho pleaded that the media help by stopping the spread of alarm over the economy. Confidence shapes an economy and if everybody thinks it can’t be done, it’s not going to get done. But if everyone believes it could get better, it will, he claimed.

More do make a difference. The economy will have hope if all the candles at the protest vigils shine in the right direction.