Reflect the habits of the people

Reflect the habits of the people 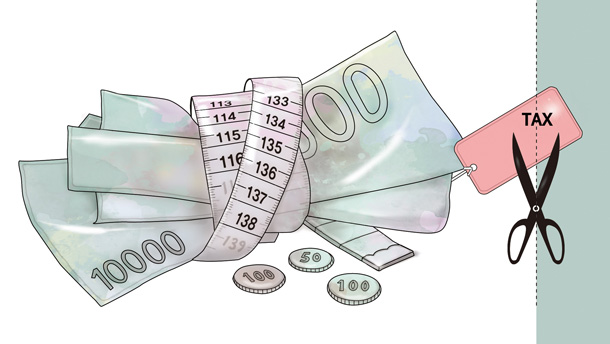 Korea has one of the lowest fertility rates in the world — above only Singapore, Macau, Taiwan and Hong Kong — but the birth promotion policy has always been centered on marriage. The government’s plans to raise the low birth rate focus on encouraging young people to marry or have multiple children.

This year, the government even announced tax benefits for married couples. While it did not make headlines due to the president’s impeachment, the key measure to boost the birth rate was a tax exemption of 500,000 won ($420) per person for married couples making less than 70 million won a year, and 1 million won for couples who both work.

The Ministry of the Interior has opened a website titled “Republic of Korea Birth Map,” indicating the number of women who are of childbearing age and ranking towns and cities across the country. The site shut down after one day as the public claimed women were being blamed for the low birth rate and were being viewed as “baby-making machines.”

Every population policy that the government ambitiously presents deviates from public sentiment and becomes a target of criticism. Having invested 80 trillion won and plans to spend 100 trillion more over the next five years, the government’s solemn goal is to reach an aggregated fertility rate of 1.5. The government takes pride in the effects of its high-fertility policy, based on the calculation of investment and outcome.

The most notable achievement is that the average fertility rate increased from 1.19 in the first planning period between 2006 and 2010 to 1.24 in the second planning period between 2011 and 2015. How about the number of babies actually born? Well, 464,500 babies were born annually in the first period and 453,200 were born in the second period. Last year, 400,000 was the threshold. The paradox of the inverse relation of the birth rate and the number of babies born lies in the statistics.

“The number of women of childbearing age is declining, so the fertility rate is not very meaningful,” said Chang Hye-kyung, senior research fellow at the Korea Women’s Development Institute. “For the future population policy, the goal should be maintaining a certain number of babies born, not the fertility rate.”

Is encouraging marriage then a realistic solution? Last year’s survey by the National Statistical Office shows that 51.9 percent of respondents think they have to get married, and 48 percent said that people can live together without getting married. But 75.8 percent oppose the idea of having children without being married. A majority of Koreans still firmly believe that only married couples should have children.

Lee Sam-sik, head of the Low Fertility and Aging Society Response Planning Group of the Korea Institute for Health and Social Affairs presented a graph that reveals the limits of Korea’s low fertility plans. It showed the births that occur outside marriage in OECD member countries. On average, 36.3 percent of newborn babies are born out of wedlock, and in the United Kingdom, France and Sweden, more than half of all parents are not married. In Korea, only 1.5 percent of the babies are outside of marriage and 98.5 percent of babies are born to married couples.

When families are becoming diversified, most nations promote fertility policies to accommodate the change. Sweden and France, which have recovered the average fertility rate of two, do not check the marriage status of parents for birth, childcare and education benefits.

The latest social survey results show that Koreans are reluctant to get married and are willing to embrace diverse family forms. But when it comes to having children, Koreans still have conventional ideas. It is largely because the system strongly associates children with marriage.

To properly tackle the low fertility rate, the government needs to separate the concepts. When the policy initiates changes, awareness will follow. Presidential candidates also should point out low fertility rates as being the biggest challenge, but they don’t have many new ideas aside from encouraging young people to get married. Election promises that do not reflect the changes of the time are likely to become lies.