Novelist Edward Sheffield, played by Jake Gyllenhaal, and Susan Morrow, played by Amy Adams, used to be deep in love. Susan’s parents, however, were never supportive of their relationship, suggesting that Edward was too incompetent for her to marry. They have always wanted their daughter to plan her future with a more capable man.

But as time passed, it grew more and more difficult for Susan to hold onto her man, and this even led her to criticize Edward’s writings. The two eventually grew apart, and their once-upon-a-time relationship came to an end after Susan has an affair.

Like her parents wanted, Susan ends up getting married to an accomplished man, but her life cannot get lonelier. Amid this empty life arrives her past lover’s new novel “Nocturnal Animals.” Instead of a sweet and sound love story, the novel is brutal and on the first page of the book reads, “For Susan.”

Set in Casablanca, Morocco, in 1942, intelligence officer Max Vatan, played by Brad Pitt, and French resistance fighter Marianne Beausejour, played by Marion Cotillard, are on a mission to assassinate the German ambassador. A successful undertaking of the deadly mission leads Max and Marianne to fall in love and get married in London, where they have a perfect married life.

Their happiness quickly ends, however, when Max’s superior authority reveals that Marianne might be a German spy. Max has to prove that she’s innocent within 72 hours, otherwise he will have to execute her with his own hands, or else he will be hanged.

Just like that, Max is put in a situation where he has to question everything his wife says or does. Will Max be able to disentangle this insane situation in time? 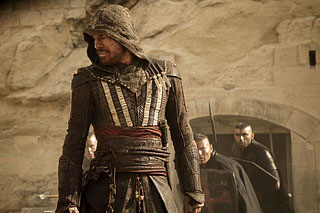 Through a state-of-the-art machine called the Animus, people may take the place of one of their ancestors and relive their lives.

Callum Lynch, played by Michael Fassbender, was a prisoner on death row. With his hands tied, Callum heads to be executed and makes his last blink, but when he opens his eyes, he realizes he’s still alive. Puzzled, Callum tries to figure what has happened to him, and soon realizes that he’s been brought to a mysterious society that wants him to live the life of his ancestor named Aguilar from 15th century Spain. Through the Animus, Callum goes back and forth between Aguilar’s life and his own.

Callum finds out that Aguilar used to be part of a secret society named the Assassins, and gradually goes deeper and deeper into the ancestor’s life.

Yoon-hyeok is an amateur bodybuilder with a dream of becoming a physical education instructor. If anyone asked him what his greatest strengths were, he would always mention his health. Despite his perfect health, there comes a day when he is diagnosed with cancer.

After two surgeries and numerous rounds of chemotherapy, Yoon-hyeok decides to put an end to receiving his treatments and participate in Le Tour de France, the annual bicycle race. Although his doctor, family and friends all oppose his decision, Yoon-hyeok heads to France to take part in the 3,500-kilometer (2,200-mile) long race.

When people first read J.R.R. Tolkien’s “Lord of the Rings,” many thought it would be impossible to realize the large-scale story into a film. But after Peter Jackson came on as the director of the series in 2001, many fans were mesmerized by its depiction and the series soon marked massive ticket sales around the world. The three films still live on as a legendary series.

To the joy of Lord of the Rings fans, the series is back in an extended version. Starting next week, each piece will be released in theaters, week by week. The three-part series runs for 558 minutes, but with the additional extensions of 124 minutes, the films are to be over 11 hours long in total. 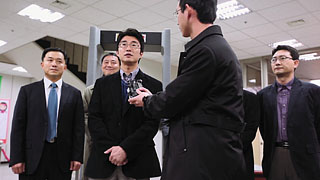 Around 20 journalists have been dismissed from their positions since 2008 when the Lee Myung-bak presidency began. This documentary brings to light the journalists who were discharged after requesting fair and proper coverage from their companies. In the film, these journalists would like to show the world how some parts of the media broke down after succumbing to power.

James Bowen, played by Luke Treadaway, is a busking musician who doesn’t have any hopes or future. He feels like he’s losing more and more courage as time goes by, and getting by each day is as painful as ever. Into the bleak life of this man enters an injured street cat named Bob, who walks into James’ house one day. Feeling empathy for Bob, James uses most of his leftover money to save the creature, and heads to the streets to play music just like any other day. Today, however, the atmosphere around his crowd is somewhat different. Bob had found his way back to James and kept him company while James was busking.

This film is based on a true story that happened in 2007. Most impressively, the cat Bob from the actual story appears as himself in the movie. 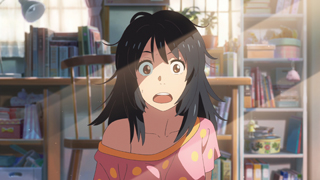 Japanese film director Makoto Shinkai, who is globally popular for his colorful anime scenes, is back with another anime flick “Your Name.”

Taki is an ordinary boy living in Tokyo. Just like any other morning, he wakes up to the sunlight beaming on his eyelids, but something feels different - he has woken up in an unknown girl’s body in the countryside. The same thing happens to country girl Mitsuha, who wakes up in the body of Taki. The two are totally aghast at first, but have no choice but to get used to each other’s lives.

The body switch comes and goes for the two, sometimes waking up in each other’s bodies and sometimes not. Meanwhile, they find a way to communicate with each other, which opens up the possibility for the two to actually meet.