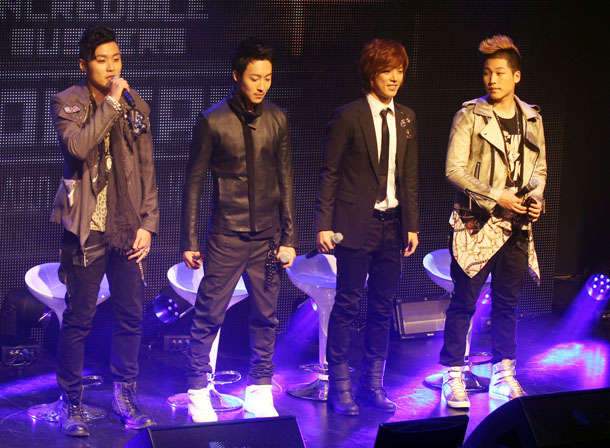 The group’s record label Signal Entertainment said on Wednesday that three of the four original members have left the group after the completion of their contracts, leading to the disbandment of the group. Member Young Cream’s contract ended last March, while 5Zic and Sims’ contracts ended last October. The group debuted in 2011.

Meanwhile, the remaining member Kangnam will remain with the company to “focus on solo activities” until his own contract comes to an end in March.

He later uploaded a message to his Instagram apologizing to his fans, saying “I couldn’t protect the group. I’m so sorry,” and asked his fans to keep watching over the solo activities of the former members.