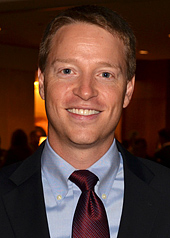 “Pottinger already is being transitioned into the position of the NSC Asian affairs senior director and is only awaiting an official announcement,” the source said, and there will be interest to see what sort of positions Pottinger takes, especially as he will be expected to advise Trump on issues related to the Korean Peninsula.

Pottinger, 43, is a former Wall Street Journal correspondent in China and a U.S. Marine Corps captain.

He joined Reuters in 1998 before becoming a Wall Street Journal correspondent. He joined the Marines in 2005 at the age of 32, later than most of his peers, and served in Iraq and Afghanistan.

He is said to be close to retired Army Lt. Gen. Michael T. Flynn, Trump’s incoming national security adviser, having served in Afghanistan together. The two co-authored a critical report, “Fixing Intel: A Blueprint for Making Intelligence Relevant in Afghanistan,” in January 2010, which investigated problems with the U.S. intelligence effort.

Pottinger is said to have been tapped to the Asian affairs post on Flynn’s recommendation. He will replace Daniel Kritenbrink as senior director of Asian affairs in the NSC.

The addition of Pottinger will draw interest especially concerning the team’s policies toward the North Korea nuclear issue, the alliance between South Korea and the United States and other sensitive bilateral issues. Pottinger is a recipient of the Bronze Star Medal, awarded for heroic or meritorious achievement or service in a combat zone, and the Michael Kuszewski Award for Marine Corps Intelligence Officer of the Year. He resumed civilian life in 2010 and founded the Asia-focused consulting firm China Six LLC.

He studied Chinese at the University of Massachusetts and is fluent in Mandarin.