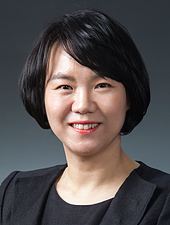 The Seoul Central District Court on Thursday sentenced attorney Choi You-jeong to six years in prison with 4.5 billion won ($3.7 million) in fines. Choi, a judge-turned-lawyer, was indicted last year for receiving some 10 billion won from two clients, including the former CEO of Nature Republic, to lobby public officials on their behalf.

Choi was indicted for violating the Attorney-At-Law Act by receiving 5 billion won from Jung Woon-ho, former CEO of Nature Republic, and another 5 billion won from Song Chang-soo, who used to practically head the investment consulting company Isoom Investment Advisory.

“Choi’s crime is heavy in that she demanded a large sum of money [from her clients] to help them lobby officials using her ties with people in the legal profession,” the court said. “If Choi was not formerly a senior judge, her clients would not have offered her so much money.”

Choi was a judge at a Seoul district court from 1998, and later became a senior judge of the Jeonju District Court. She opened a law office in 2014. The court added, “Choi needs to be given a long sentence in order to rehabilitate her and to help the judicial branch regain the people’s trust after a former judge committed such a greedy act.”

Lee Dong-chan, a 45-year-old broker who colluded with Choi, was also sentenced to eight years and a fine of 2.63 billion won.

Choi was found to have requested that Jung pay her large sums of money so she could “help him get bailed out by lobbying public officials” when he was detained after his first trial.

Jung, arrested in October of 2015 for betting some 10 billion won in illegal poolrooms in the Philippines and Macau from March 2012 to October 2014, was first sentenced to one year. His sentence was reduced to eight months after he filed an appeal.

Choi was also discovered to have requested large sums of money from Song in 2015, promising she would speak with public officials involved in the trial to help him get a suspended sentence. Song was sentenced to four years in August 2015, but in his appeal trial, he received a suspended sentence.

Choi was altogether fined 4.5 billion won, because the court judged that she likely split the 5 billion won from Song with her co-conspirator Lee, and because she returned 3 billion to Jung after she couldn’t meet the promise with Jung to bail him out with 5 billion won he paid her.

The allegation that Jung may have lobbied public officials first arose when Choi sued him for physical assault in April last year when she visited him in prison and they reportedly argued over legal fees.

The Korean Bar Association in May called on prosecutors to investigate, suspecting Jung lobbied and bribed people in the legal profession to receive a shortened jail term. The corruption scandal surrounding Jung, dubbed “Jung Woon-ho gate,” involves legal professionals beyond Choi. Kim Soo-cheon, a senior judge of the Incheon District Court, was indicted in December for taking bribes worth some 180 million won from Jung, including a Range Rover SUV.

Jung, though his sentence for gambling is now finished, was also indicted and detained over his lobbying charges. He is scheduled to stand trial on Jan. 13. Hong Man-pyo, a prosecutor-turned lawyer, was sentenced to three years in December for taking bribes from Jung and violating the Attorney-At-Law Act.