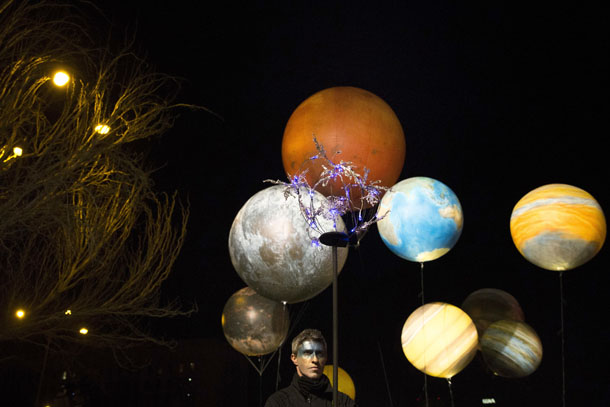 An artist performs with balloons depicting the solar system as they march during “Cabalgata de Reyes,” or the Cavalcade of Magi, in Madrid on Thursday. The traditional parade marks the eve of the Epiphany, a Christian holiday celebrating the story of the three wise men believed to have followed a bright star to offer gifts of gold, frankincense and myrrh to the newborn Jesus in Bethlehem. [AP/YONHAP]