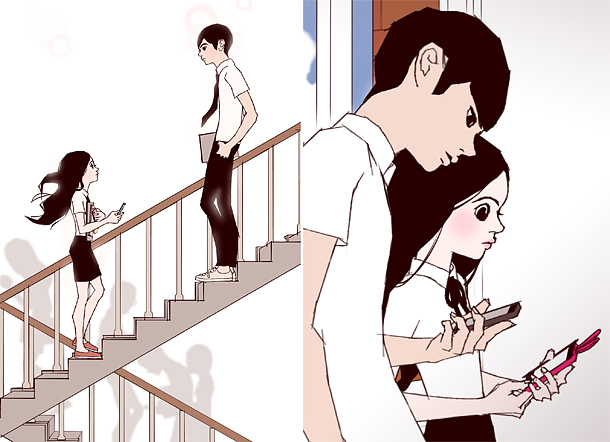 Netflix is jumping on the Hallyu bandwagon.

The global Internet TV network signed a deal this week for its first Korean original series “Love Alarm,” based on the webtoon by Chon Young-Kye, one of Korea’s hottest comic authors.

“Love Alarm” centers on a mysterious mobile app that will let a user know if someone nearby is attracted to them, which invariably causes chaos.

Chon’s series, which debuted in September 2014, is already a hit with a large fan base on Daum here in Korea. The agreement with Netflix will give the cartoon-based drama a worldwide audience at a time of growing global interest in Korean pop culture. Chon’s other major works include “Unplugged Bay,” “Audition” and “Girl in Heels.”

The 12 episodes of “Love Alarm” will be produced by Lee Jae-moon, known for his work on the K-drama “An Incomplete Life and Signal.” His new firm, Hidden Sequence, is the first Korean production company to produce an original series for Netflix.

“We want Love Alarm, the TV series, to exhibit the liveliness and expression of emotions, with visual treatments that will reflect Ms. Chon’s vision when she created the story,” Lee said in a statement.