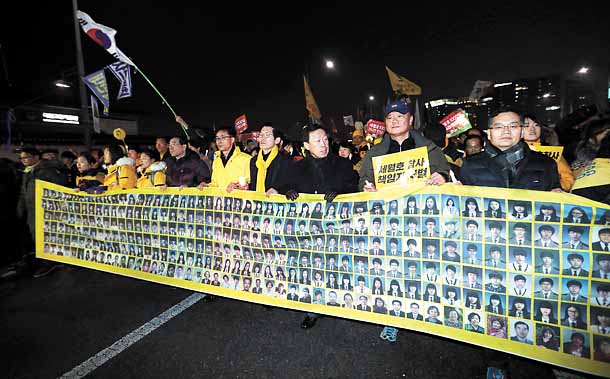 Bereaved relatives of Sewol ferry victims march toward the Blue House Saturday night holding a placard with photos of victims after they attended the 11th Saturday candlelight vigil at Gwanghwamun Square in central Seoul to demand President Park Geun-hye step down. Saturday’s vigil also served as a remember of the 1,000th day after the ferry sank on April 16, 2014, which falls today, and ongoing efforts to find out the truth about the government’s inability to rescue passengers trapped inside. [JANG JIN-YOUNG]