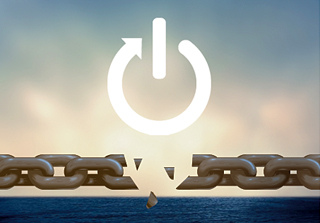 After Chung Yoo-ra, the daughter of President Park Geun-hye’s controversial friend Choi Soon-sil, was arrested by police in Denmark a week ago, foreign media described Chung as the “daughter of Korea’s Rasputin.” Grigori Rasputin was a mystical faith healer who maintained a close friendship with Nicholas II, the last Tsar of the Russian Empire, and Empress Alexandra Feodorovna.

The tragic falls of Park and Nicholas II share the commonality of not only having a cult leader in a secret inner circle but also having baleful omens. One and a half years after taking the throne, Nicholas II was crowned on May 14, 1896. As banquets took place three days later, 500,000 rushed to the event and nearly 1,400 were killed in a human stampede.

While Moscow became a bloodbath, the emperor held a ball and danced with the empress. Although the Russians were extremely loyal to their 28-year-old Tsar, calling him “beloved father,” they expelled the leader from their hearts for his failure to sympathize with the pains of the people. The situation grew so bad that Leo Tolstoy had to send a warning letter to Nicholas II that he would end up facing a revolution if he turned away from the people’s agonies.

With the February Revolution in 1917, he was dethroned and executed the next year by the Bolsheviks. His fate was forewarned when he danced obliviously at the ball 21 years before.

Only one year into her term, President Park Geun-hye faced the tragic sinking of the Sewol ferry on April 16, 2014 in which 304 passengers, mostly high school students on a trip to Jeju Island, were killed. Her government did little to try to save the victims. The president seemed unable to understand the people’s pain. While the ferry was sinking, she remained in her residence, not in her office in the Blue House, with a staffer who was a former health trainer. As she summoned hair stylists to do her hair at a critical moment, speculation has also been raised that she under went a cosmetic surgery procedure that day.

The head of the National Security Office had to send an initial situation report to both her office and residence because he did not know where the president was at the time. After receiving a first briefing at 10 a.m., Park showed up at the central disaster management office seven hours later. “I was told the students were all wearing life jackets. Is it so hard to find them?” she asked.

There is a reasonable doubt that the president was the only one who did not know that the ferry was already under water. The entire nation knew it by watching television news. The question still remains unresolved 1,000 days after the tragedy. Her obliviousness to the insult felt by the nation despite her responsibility to protect the people’s lives and safety resembles that of Nicholas II.

Did the media reveal the truth behind this president and her inner circle in time? Can they really say, “Justice delayed is justice denied”?

The situation is embarrassing and devastating. Police officer Choi Gyeong-rak, who was found dead during the prosecution’s investigation on charges of leaking the so-called “Chung Yoon-hoi documents” in 2014, wrote in his suicide note, “Please, restore the lost journalism.”

While the press was trying to please those in power, the reclusive president became an autocrat, and the prosecution became nothing more than servants of those in power.

Choi acted as if she was the president. Lawmakers who defended Chung were appointed ministers one after another in this administration. Without JTBC’s report on the tablet PC reportedly used by Choi, many of the media probably would have remained silent.

It is a pitiful self-portrait of this country’s power elite that they want to ignore the weak of society while maintaining a cartel of the strong at all costs. Therefore, the powerless do not have any means to protect themselves after being thrown into a jungle of greed, as seen in the apparent plight of more than 10,000 artists on a blacklist maintained by the administration. The overwhelming demand of the protesters in candlelight vigils calling for Park’s impeachment was the establishing of a fair society. They demand a clear ending of the cozy relationship between politics and business.

When the rich of civilized countries meet, they discuss good deeds they can accomplish. I have never heard a news report about a meeting between Bill Gates and Warren Buffett to discuss a plan to call for the government to create rules that would help them make money.

The Federation of the Korean Industries, however, was different. It is a national disgrace that the lobbying group became a channel to provide massive funds to the Mi-R and K-Sports foundations, suspected to be the private piggy banks of Choi.

Former welfare minister Suh Sang-mok, head of the Korea National Council on Social Welfare, presented the Business in the Community (BITC), a British business-community outreach charity, as a new role model for Korean conglomerates. It is chaired by Prince Charles and chairmen of conglomerates were serving as vice chairmen. It is focusing on the social responsibilities of large companies in such issues as employment of vulnerable populations, resolution of gender and racial discrimination and support for local small enterprises.

President Park’s fall means an end of the Park Chung Hee paradigm of an alliance between the state and conglomerates. Then the post-Park Chung Hee era must start with repentance by the 1-percent power elites for their arrogance in ignoring the 99-percent of our society.

We each need an atonement ritual to erase inhumanity from our hearts. Only then can we have a strong start to reset Korea.
JoongAng Ilbo, Jan. 9, Page 31


*The author is the chief editor of the JoongAng Ilbo.