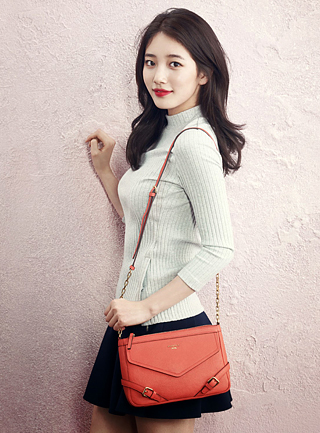 Singer/actress Suzy from girl group Miss A is making her debut as a solo artist this month.

The singer unveiled three short teaser clips to social media on Monday, signaling her solo debut. According to the teasers, she will unveil a new song off of her upcoming record on Jan. 17, while the full album will be released on Jan. 24.

Additionally, her agency JYP Entertainment confirmed that one of the songs was written by famed producer Yoon Sang, though the track will not be used as the lead single.

The 23-year old singer debuted as a member of Miss A in 2010 and has quickly become one of the most famous starlets in the entertainment industry, frequently topping beauty polls and often being referred to as Korea’s ideal first love. She has recently been concentrating on acting and starred in the KBS2 drama “Uncontrollably Fond” last year.

Meanwhile, Miss A has been on an unofficial hiatus since group member Jia’s contract with the agency came to an end last May. The Chinese-born idol star later made her solo debut in her home country and unveiled her latest single “Who’s That Girl” on Jan. 2.