Fall of a giant ­

Fall of a giant ­ 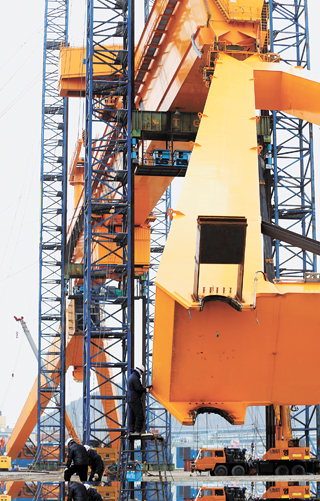 A 700-ton crane in Sungdong Industries’ shipbuilding yard in Masan is being demolished on Monday. The facilities will be sent to a shipbuilder in Romania, which acquired it in November through an open bid. It was bought at a low price because domestic companies couldn’t afford the figure suggested in the court auction of 19 billion won ($15.75 million). Goliath cranes are essential for shipbuilding and were considered a symbol of Korea’s competence in the field. [YONHAP]