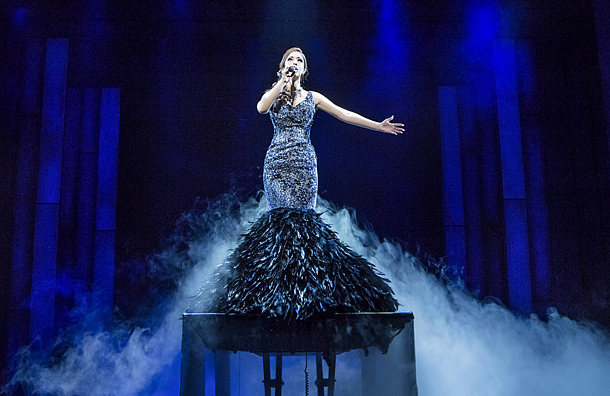 Based on the hit 1992 film “The Bodyguard,” a musical of the same name is being staged at the LG Arts Center by a Korean production team. Famous songs in the film that are familiar to the ears of the older generation will be featured. See THEATER, below. [CJ E&M]

Jan. 18: Seoul Ballet Theatre is giving a performance centering on the story of the famous William Shakespeare play “A Midsummer Night’s Dream.” The play is known as one of the most dreamlike and imaginative Shakespeare pieces.

Some may be reluctant to watch ballet performances as most don’t have any lines, but this performance will feature a narrator, dressed as Shakespeare, who appears throughout the show to guide the audience through the plot of the story. The performance starts at 8 p.m. 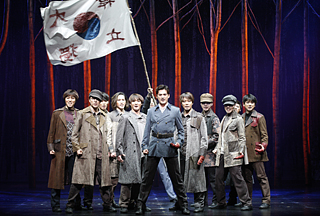 Ahn Jae-wook, Lee Ji-hoon, and others will alternate the role of Ahn Joong-geun.

The setting is the United States in the 1960s, where Marge is about to get married to her first love. But on her wedding day, her groom Leonard appears, only to declare that their love is over. Marge’s best friend Lois takes her brokenhearted friend on a vacation to Paradise Resort, where Marge planned to honeymoon.

During their vacation, the two women run into the resort’s star singer Del and Gabe, a shy worker at the resort. Along with the four, other friends, Harvey and Esther, join to add to the excitement at Paradise Resort.

To Feb. 12: Some may think that ballet is not as enjoyable for children as other performances, but this colorful staging of “Swan Lake” is well suited for young audiences. Dancers will be dressed up in costumes designed to highlight each animal’s characteristics and catch the eyes of audience members of all generations.

The story centers on a young girl who hopes to become a ballerina. One day, while spending time with her animal friends in the woods, she is turned into a swan. In order to break the curse, she must earn a pledge of love from a fox.

Modern dancer Cha Jin-yeob, who was one of the judges in the dance competition show “Dancing 9,” choreographed the show.

To Feb. 12: Young and promising sailor Edmond Dantes is living his best life and looking forward to his upcoming marriage. But everything goes down the drain when, all of a sudden, other jealous men scheme against him. Mondego, who also loves Edmond’s woman, and Danglars, who wishes to become the captain of the ship, spread rumors about Edmond and put him in jail for 14 years.

Performances start at 8 p.m. on Tuesdays, Thursdays and Fridays; 3 and 8 p.m. on Wednesdays; and 3 and 7:30 p.m. on weekends and public holidays.

Jan. 11: The nine-time Grammy Award-winning rock band Metallica is commencing their Asian tour in Seoul, marking four years since their last performance in the country in 2013. The comeback is in celebration of their newest album, “Hardwired…To Self-Destruct,” which was released on Nov. 18.

The band was formed in 1981 by drummer Lars Ulrich and guitarist and vocalist James Hetfield, and has grown into one of the most influential and commercially successful rock bands in history. 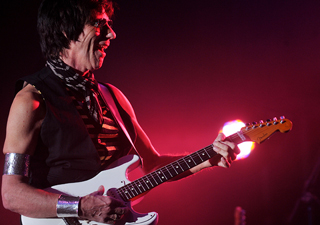 Jan. 22: The 72-year-old legendary guitarist Jeff Beck is visiting Seoul to meet his Korean fans. This marks his third visit to the nation, the latest of which was in 2012. Ever since his musical debut in the 1960s, Beck has been loved by guitar fans of all ages. This concert is a part of his world tour marking the release of his most recent album “Loud Hailer,” which was released in 2016.

Jan. 22: Greeting the new year, the renowned Vienna Boys Choir is to take a tour around Korea. After its first visit to Korea in 1969, the choir has performed over 170 times so far in the nation, marking its status firmly not only as a globally well-known choir but also as a popular one in Korea.

The upcoming performance is themed on “smile,” and is bound to bring big grins to the faces of the audience. The program consists of diverse music that men and women of all ages are sure to enjoy. From the hymns of Henry Purcell, folk songs from various nations, waltz and polka to classic soundtracks from famous films, the choir is expected to fill the joyous air celebrating the beginning of a new year.