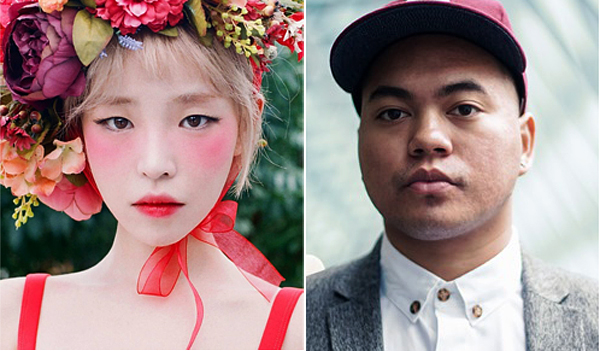 Pop star Gain is getting ready to release a special collaboration song with American R&B singer Jeff Bernat this month.

The Brown Eyed Girls member has confirmed that she will unveil a new release sometime in January written by the R&B singer.

Jeff Bernat debuted in 2012 and is known for his singles “Call You Mine” and “If You Wonder.” The singer has gained a following in Korea, and has frequently participated in music collaborations with local artists. He featured on the debut single “Angel 2 Me” by singer McKay, “What 2 Do” by singers Dean and Crush, and worked as a producer for artists such as Eyedi and Eric Nam. He is currently signed under record label Coridel Entertainment, which also houses the former Girls’ Generation member Jessica.

Gain debuted as a member of the girl group in 2006. She has been focusing on her solo music career in recent years, releasing her latest “End Again” mini-album last September. She is reportedly in the works to release the follow-up record “Begin Again” sometime this year.