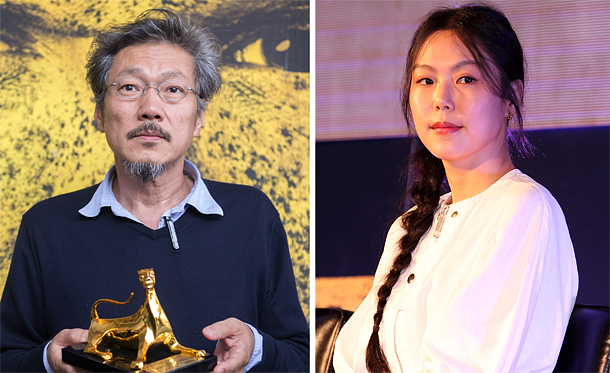 Director Hong Sang-soo and actress Kim Min-hee were discovered on set filming their fourth film together.

The infamous couple, who have been avoiding public appearances since the eruption of their alleged affair scandal last June, were seen filming for Hong’s latest film according to TV Reports on Monday. Furthermore, no title or synopsis of the plot was revealed, which is atypical of film directors.

Starring alongside Kim is actor Kwon Hae-hyo, who has been the leading male actor in three of Hong’s films. Kwon’s agency later confirmed that Kwon was personally scouted by the director.

After Hong and Kim filmed their first film together “Right Now, Wrong Then” in 2015, the two further worked together in Hong’s later films “Alone on the Beach at Night,” which was filmed early last year in Gangwon, and another untitled production filmed at Cannes, France last May. The latter two films have yet to see signs of a local release.

Meanwhile, the director is currently in the midst of a divorce suit with his wife after failing to agree on a divorce settlement.